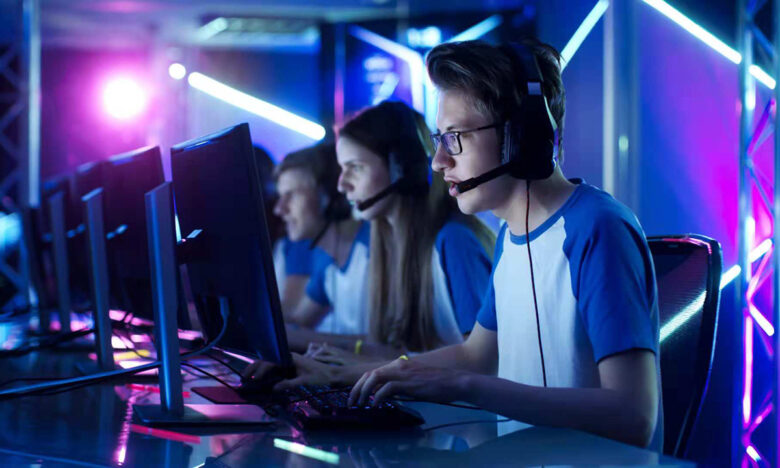 For quite a while now video games have been much more than a pastime activity. Although they may have started as such, in the third decade of the twentieth century they are on par with everything else that the entertainment industry as a whole has to offer. Gaming is a business, it is a sport, and it actually comprises of several different industries. It is safe to say that nobody expected it to grow so big, particularly because of the ridicule and stereotypes that gamers, their interests, and lifestyles were exposed to for years and years. All that you have to know about the global gaming industry is that it is worth more than the movie and music industries combined. What does this mean, you may ask? Well, it means that games now do better commercially and are at least equally as popular as the biggest summer blockbusters and the new albums of the biggest artists.

How did we get here, and does it even matter? Well, it does, but that is a story for another article. It is too broad of a topic on its own to even be featured as a single paragraph. After all, we have a more pressing subject to dive deeper here and that are the biggest names in the online gaming market, particularly those in the USA. As the leader of this branch of entertainment, like many others, the United States have many big studios that are on the rise. The online gaming market continues to grow each year and the titles experience more and more success due to sponsorships and the popularity of streaming. Keep reading to learn more about the biggest providers of online gaming in the USA.

It should not be a surprise that Microsoft is the US leader of the gaming industry if we take into consideration that they own two of the top 3 gaming platforms, mainly Windows on PC and the Xbox console. The market cap of Microsoft is $2.33 trillion dollars, and the company is only behind Apple as the second-biggest global leader. While many other big names are experiencing price drops in the last year or so, Microsoft is going strong. Their Xbox Game Studios and many other companies they own are responsible for a ton of popular games like Halo Infinite, Forza Horizon 5, Age of Empires IV, Century: Age of Ashes, and numerous other online titles that are actively being played by millions every day. It will take a lot of time, effort, and luck for somebody to come close to this tech giant.

Now it does feel a little bit like cheating for Microsoft to claim the number one spot because they are so much more than a gaming company. If we were to pick a gaming company that is exactly that down to its core, we would not have to look far. Activision and Blizzard Entertainment were hugely successful way before their merger, but once they joined forces, or rather when the former acquired the latter, their revenue and success took a step further. Right now, under the same company, there exist some of the biggest franchises in gaming history. Two of the biggest of course include Warcraft and Call of Duty. However, there are so many live online games this company offers to the players. Some are free, some are paid, some are single player but with many online features. World of Warcraft (Shadowlands and Classic), Diablo, Starcraft, Overwatch, Heroes of the Storm, and Heartstone are the gems of Blizzard side of the story, while Activision is all about its Call of Duty series, mainly the current titles like Warzone, Vanguard, and Black Ops Cold War. Oh yeah, and they also own Crash Bandicoot. Right now, their market cap sits at over $62.75 billion.

Now here is a company that is a big name in the online gaming market, the online gambling gaming market that is. Metro-Goldwyn-Mayer is a huge conglomerate that has amassed a lot of different branches of entertainment under its paws. One of their latest endeavors includes online games of the casino type that everyone knows and loves. MGM Resorts, their subsidiary dealing with gambling, hotels, and travel, has a market cap of more than $18.72 billion. With a wide range of fun and entertaining games, signup and first deposit bonuses, and even a sportsbook for sports betting fans, BetMGM is your one-stop destination no matter what kind of gambling you enjoy. The line between online gaming and online gambling is thinner by the day as popular casino games take many elements of traditional games. The graphics and gameplay elements are great and the best thing is that many of them can be played without real money, a great way to practice for the real thing. Gamblers are gamers are also becoming one and the same so be sure to check out BetMGM if you are interested. You can find more info here.

We are ending the list on another strong name in the ever-growing US online gaming market, with none other than the giant that is EA. Over the decades they have been a part of the industry, they have experienced so much success, albeit with a large dose of controversy and some negative reputation. Be that as it may, with a market cap of $35 billion, they are among the leaders in the global gaming market, not just in America. Their latest titles include Battlefield 2042, GRID Legends, NHL 22, FIFA 22, Madden 22, Lost in Random, Mass Effect Legendary Edition, It Takes Two, and many more. Arguably the best battle royale title available right now, Apex Legends, is also theirs since they own Respawn Entertainment that made the game. Titanfall, Dead Space, Medal of Honor, Plants VS Zombies, and Need for Speed franchises all bear the mark of EA giving them one of the widest slates of titles in the entire industry. It should not be a surprise to anyone that Electronic Arts remains a huge name in this field.