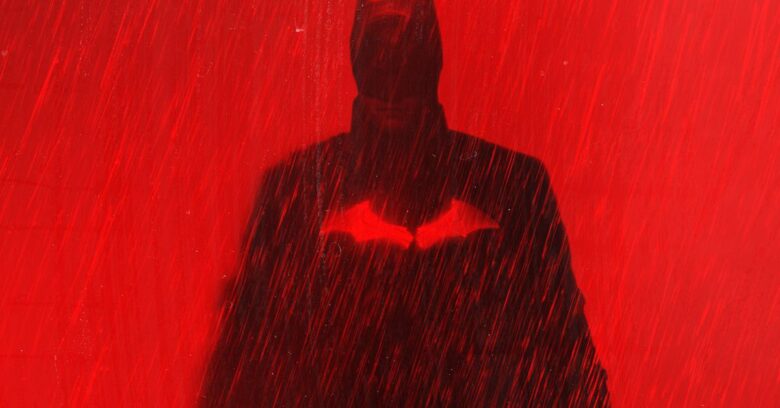 The world of DC comic books comes to life in Warner Bros. expansive slate of films, TV series, and animated shows based on the legendary superhero setting, with more added each day. From Batman to Wonder Woman, the Suicide Squad to Aquaman, Shazam to the Flash, you never know what the next premiere might bring you.

Some of these titles are actively in the works, with production wrapping up and trailers set to run. Others are are on the books but not the calendar, yet. Still, the next time Marvel snaps its fingers and puts 18 more movies on the MCU release calendar, expect DC’s list to double. Starting in 2023, Warner Bros. plans to have four DC-based movies in theaters every year, with new television series popping up on the regular. To quote DC Films president Walter Hamada: “With every movie that we’re looking at now, we are thinking, ‘What’s the potential Max spinoff?’”

With that in mind, here’s the latest of what we know about every new DC comic movie and show.

[Ed. note: This story only contains updates on Warner Bros.’ DC projects, not the latest in CW/Arrowverse release dates, which is a whole other disconnected can of worms.]

John Cena will star in an HBO Max-exclusive TV series spinning out of James Gunn’s The Suicide Squad. Cena will reprise his role as the Peacemaker, a kind of “douchey Captain America,” who was one of the inspirations for Watchmen’s the Comedian.

The first solo Batman film of the new DC era was announced in October 2014. Ben Affleck was originally set to direct and co-write the script with Geoff Johns, but he reportedly stepped down from directing in January 2017 to focus more on acting.

Matt Reeves was announced as director in February 2017 and the project was officially entitled The Batman. In July 2017, he confirmed that he scraped Affleck’s original script, which involved Joe Manganiello as Deathstroke, and was reworking it from scratch. Reeves has not said whether or not Manganiello is still involved with the film.

Ben Affleck officially exited the role of Batman, and Robert Pattinson was cast in May 2019. The new film focuses on a young Batman defending Gotham from the machinations of the Riddler, with Catwoman (Zoe Kravitz) along for the ride. Production on the film was interrupted by the COVID-19 pandemic, but it is now set for a 2023 release. You can watch the latest Batman trailer here.

A CG-animated version of DC League of Super-Pets series will hit theaters in the summer of 2023. Expected to rope in Krypto the Super-Dog, Ace the Bat-hound, Streaky the Supercat, and more, the animated feature from directors Jared Stern (Green Eggs and Ham) and Sam Levine (Wreck-It Ralph) should give kids something to chew on until they’re old enough for the edgier stuff.

Dwayne “The Rock” Johnson has been attached to the Black Adam name since 2008 and fans have been eagerly awaiting Johnson’s take on the character. A Black Adam stand-alone movie was announced in January 2017. Black Adam is one of Shazam’s arch-nemeses, but in recent comic developments, the character has turned into more of an antihero.

In 2023, Warner Bros. revealed that Black Adam will also be an introduction to several members of the Justice Society, and older incarnation of the Justice League, including Atom-Smasher (Noah Centino), Hawkman (Aldis Hodge), Cyclone (Quintessa Swindell), and Doctor Fate (Pierce Brosnan).

The solo Flash movie has seen its own share of speedy shifts between directors, producers, and screenwriters. But at the moment, Ezra Miller is set to star in a film that takes some plot elements from DC Comics’ Flashpoint storyline, bouncing between different timelines in the DC Universe. It will star both multiple Flashes and multiple Batmans, with Ben Affleck and Michael Keaton bot set to reprise their roles.

With the success of the first Aquaman, it made sense for a sequel to swim its way into existence. The first film, while perhaps a bit cliché, was fun as hell and a stunning visual spectacle. A sequel was all but a foregone conclusion, and Aquaman 2 was greenlit in Feb. 2019.

Director James Wan dropped a boatload of sequel teases for in Aquaman’s mid-credits scene. Despite taking a nasty fall off of a cliff, Black Manta (a.k.a. David Kane) is surprisingly still okay. Dr. Stephen Shin, played by Randall Park (Always Be My Maybe) has secured Black Manta’s suit. The two strike a deal — Shin will help Kane get his revenge on Aquaman if Kane leads him to Atlantis. While it’s unclear if Park will return for Aquaman 2, Wan told Polygon in Dec. 2018 that he hoped the actor would return.

Shazam! screenwriter Henry Gayden will return to write the script for the project, with director David F. Sandberg and producer Peter Safran also expected to return given the success of the first film. Zachary Levi and Asher Angel, who played Shazam and Billy Bastion, respectively, are expected to return along with the majority of the cast from Shazam!. And maybe even Sinbad? OK probably not, but Helen Mirren and Lucy Liu are on board as the villains, a trio of ancient Greek goddesses.

Netflix’s TV adaptation of The Sandman, the legendary comics series written by Neil Gaiman and brought to life by a variety of groundbreaking artists, is well on its way, starring Tom Sturridge as the eponymous Dreamlord, and, among other actors, Gwendoline Christie as the literal devil.

DC’s first adaptation of Blue Beetle will bring the character’s third hero, Jaime Reyes, to the screen, marking the comic book outfit’s first Latinx-lead film (and perhaps the first Latinx superhero to hit the big screen). Created by Keith Giffen, John Rogers, and Cully Hamner in the 2006 miniseries Infinite Crisis, Jaime Reyes is a Mexican-American teenager with a pretty gnarly superhero origin story: he finds an alien artifact called the Scarab that attaches itself to his spine while he sleeps, giving him creepy-cool body armor and an assortment of superpowers that he is quite bad at using. His cinematic vehicle is expected to be directed by Puerto Rican filmmaker Angel Manuel Soto (Charm City Kings).

After Joss Whedon gave up on script development for Batgirl, the production entered a kind of limbo, until Birds of Prey writer Christina Hodson took a crack at it. Now the movie has a star — Leslie Grace as Barbara Gordon — and a home on HBO Max. DC debuted a first look at the movie and its cast and crew at the DC FanDome.

Wonder Woman has spent a significant time in the past; between her first DC Extended Universe solo film, Wonder Woman taking place during World War II and Wonder Woman 1984 taking place in … well, the 1980s. Wonder Woman director and co-writer Patty Jenkins has stated that the third film in the series will bring the heroine into the present.

“I have pretty clear plans for Wonder Woman 3,” Jenkins told Vanity Fair in January. “Whether I [direct] it or not, I see how her arc should end in my incarnation of Wonder Woman. I have great passion for that.”

And it’s definitely happening: After the first weekend on HBO Max, Warner Bros. Pictures immediately greenlit the threequel. Jenkins announced that she’s actively at work at the movie during a conversation with TV’s Wonder Woman, Lynda Carter, at the 2023 DC FanDome.