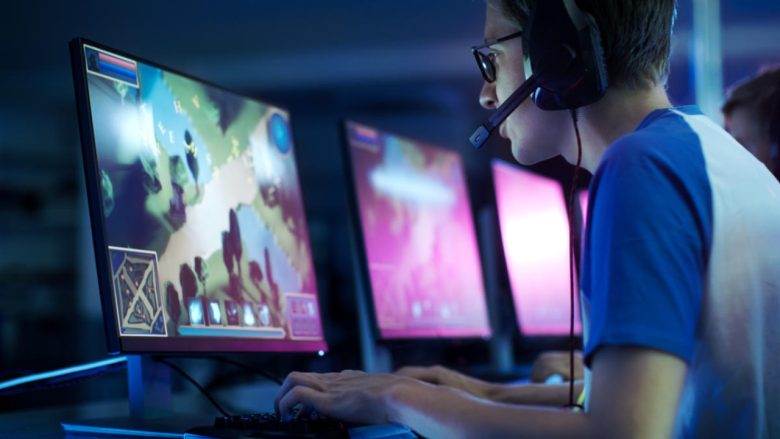 Online gaming, and the video gaming industry in general, is helping to boost the global economy, as well as help smaller technological industries thrive. Whether you’re an investor or just interested in the online gaming world, this article will explain how the economy benefits. Let’s get started.

Online gaming helps the economy majorly by creating new jobs. There are many different types of jobs involved in the video game industry. For example, you will have developers, programmers, and people who help design the game. You will also have game artists and writers who contribute too.

Away from the development of the physical game, you will also have people involved in the marketing of the game and more business-focused people who run these departments. Due to the increase in popularity of video games and online gaming in general, you can only expect more jobs to be created further down the line.

A major way online gaming and the video game industry, in general, boosts the economy is by being a leader in innovation and technology. A lot of time and money is spent developing new pieces of software and technology that could have other uses away from video games.

Either way, you will find that a lot of time and money goes towards technology, which means that many people are hired and many third-party service providers are used. Overall, you should see the economy be boosted by a constant moving chain of finance and productivity.

Technology overall is influencing the gaming industry, as there is always more demand for new types of games and increased performances. What is innovative and at the forefront of performance, today will be obsolete in just a few years’ time. All of this means that more investment will be made and more innovation will be the result.

The current state of the online gaming industry is booming, and you will find that the future’s looking good. It is only projected to get more successful and bigger, so you will see this industry grow alongside the economy. It is a mutually beneficial relationship.

A more unique way that online gaming is boosting the economy is by earning some players money through prizes and transactions. If you weren’t aware, many online video game marketplaces see players purchase and sell tradable in-game goods for real physical money. This isn’t exactly the case for all games, but it definitely exists. This means that some players, such as those who play CS:GO, will be able to trade weapon skins on marketplaces with other players.

You can also play online casino games that pay out in real cash. These work in the same way as physical casinos, but looking at sites such as OnlineCasinoReview, you will be able to compare different online slots providers and find online casinos that allow you to play with a live dealer. You should gamble responsibly and have fun whilst doing so. Games such as this, and providers of online games, help to boost the economy across the globe, especially in the virtual landscape.

On the topic of virtual landscapes, the creation of virtual currencies has also seen a boost in the economy. Many different genres of games, and franchises, have moved on to a micro-transaction-based system, particularly in free-to-play games. This model works by offering gamers a game for free, where they can play, but giving them the chance to purchase in-game currency that they can use.

The first major instance of this was with games such as FIFA, which allowed you to purchase in-game coins that you could use to purchase packs that give you new players. This was controversial at the time, as it meant that people could purchase packs to gain an advantage over other players. This is also known as a loot box system and has been banned in some countries due to the young player base of under-18 players.

Some games have changed the way they deal with virtual currencies now. While they will allow players to purchase in-game currency, they will only provide cosmetic differences, meaning that no one gets an advantage from purchasing with real money. Not all games have adopted this model, with some still pushing any items available to build up their income. No matter what you think about this, there can be no doubt that it contributes to the economy, especially as some businesses have been set up to be third-party providers of some in-game currencies.

Led To Gaming Tourism And Events

You will be aware of events such as E3, Eurogamer, Insomnia, Summer Game Fest, PAX and various different Comic Cons. These events are popular powerhouses in the video game world, and they have helped boost tourism in each way.

Usually, these gaming conventions and events take place at different locations across the globe. As such, it means you will have thousands of gamers travelling to different locations throughout the world. In smaller cities, this can bring lots of tourism to the area, helping to boost the local economy.

The event offers the chance for small businesses and operations to bring merchandise to sell, and allows them to engage in marketing. Overall, you should see lots of people coming to travel with money to spend and see businesses able to boost their marketing and promote their products. All of this helps boost the economy, boosts the city hosting the event, and helps money move alongside different groups of people.

There are also live eSport events hosted at various arenas around the world. These eSport events, much like normal sport events, will help to boost the economy. You will have people travelling across the world just to get close to watching these events live.