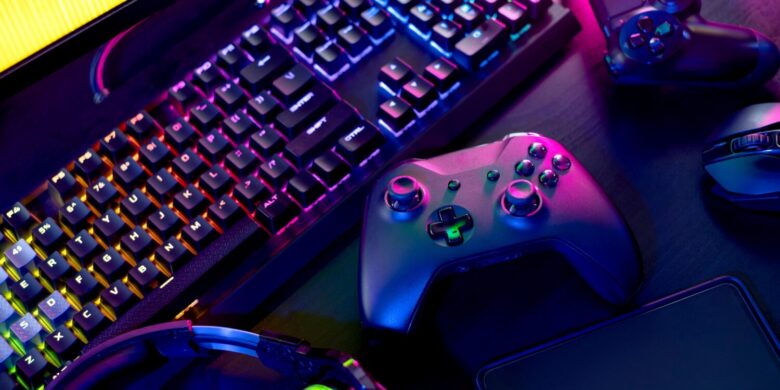 Online gaming has become a major part of our lives, with millions of players from all over the world participating in games such as League of Legends, Fortnite, and World of Warcraft.

The online gaming world can be overwhelming for beginners, with so many different games, platforms, and communities to choose from. This guide is designed to help beginners navigate the world of online gaming and understand the basics of how it all works.

The Different Types of Online Games

Online gaming can be divided into several different categories, each with its own unique characteristics and features. The most popular categories include massively multiplayer online role-playing games (MMORPGs), first-person shooters (FPS), and multiplayer online battle arenas (MOBAs).

MMORPGs, such as World of Warcraft and Guild Wars 2, allow players to create a character and explore a vast virtual world, completing quests and interacting with other players. FPS games, such as Call of Duty and Battlefield, focus on fast-paced, action-packed gameplay, often with a competitive multiplayer component. MOBAs, such as League of Legends and Dota 2, are team-based games that pit teams of players against each other in strategic, objective-based battles.

One of the first decisions beginners need to make when entering the world of online gaming is choosing a platform. The most popular platforms include personal computers (PCs), consoles, and mobile devices.

PCs are the most popular platform for online gaming, with the majority of games available on Windows and Mac. Consoles, such as the Xbox and PlayStation, are also popular, but the game selection is more limited. Mobile devices, such as smartphones and tablets, have become increasingly popular for gaming, with many games available for both iOS and Android.

One of the most important aspects of online gaming is building a community of players. This can be done by joining a clan, guild, or team, or by participating in forums, Reddit communities, or Discord servers related to the game.

Forums, Reddit communities, and Discord servers are online spaces where players can discuss the game, share tips and strategies, and socialize with other players.

Streaming and broadcasting have become increasingly popular in the world of online gaming, with many players choosing to share their gameplay with others via platforms such as Twitch, YouTube, and Mixer.

Streaming allows players to share their gameplay in real-time with a live audience, while broadcasting is a recorded version of the gameplay. Streaming and broadcasting can be a great way to build a community and connect with other players.

Online gaming has also become a major source of competition, with many players competing in organized tournaments and leagues for cash prizes and sponsorships.

Esports, also known as competitive gaming, has become a global phenomenon, with millions of viewers and players from around the world participating in games such as League of Legends, Fortnite, and Counter-Strike: Global Offensive.

Many players are also monetizing their gaming by creating content, such as videos and streams, and earning money through sponsorships, donations, and advertising.

Content creation can be a great way to build a community, connect with other players, and even make a living playing games.