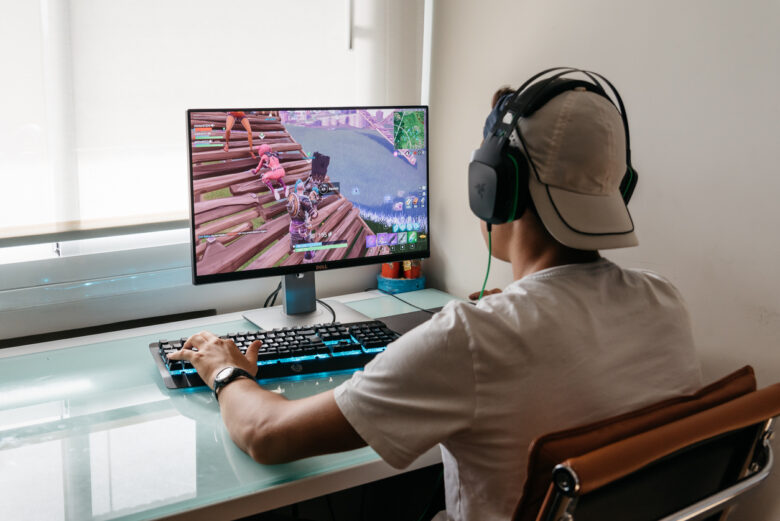 Gaming has quickly become a pastime enjoyed by everyone. From its beginning with classic games such as Pong, to now sophisticated games like Call of Duty, the evolution has been breathtaking.

Gaming used to be exclusively on consoles and PCs, with Japanese companies such as Nintendo, Sega and later on Sony being pioneers in the industry. The real game changer was the release of the PlayStation 2 – the best selling console of all time, with 155 million units sold.

The generation of PS2 and Microsoft’s competitor Xbox, was the first that could support online gaming, a technology that allowed people to play with strangers or even their friends online.

Later came the PS3 and Xbox 360, which really ramped up the graphics and the gameplay. In addition to gaming, these consoles are entertainment centers, so you can watch Netflix, or browse the web.

With the later generations, PS4 and PS5, and Xbox’s equivalent, only the graphics are superior and a more dynamic gameplay. Nevertheless, it seems that console gaming has hit a wall. What is the next technology that will redefine gaming, and bring it to the next level?

Consoles are now competing against mobile gaming. The latter has so many benefits compared to the former. The primary one being everyone has a smartphone, and that the games are substantially cheaper. The graphics are excellent too, considering it’s a tiny screen.

Many popular games on consoles have migrated over to phones because that’s where the money is. One example of this is Mario Kart, which was exclusive to Nintendo, but you can now play Mario Kart World Tour on iOS and Android devices.

Nintendo has therefore boosted its sales in mobile, but for its main business – it will be cutting production of Switch consoles by 20%, which we reported here at Gamingkk. So is the future of smartphone gaming? Or are there other types of technology that will dominate in the next decade? Here are some trends for the future of gaming for you to explore.

Cloud gaming has been dubbed “the Netflix of gaming”. Originally, you had to buy a cartridge, later a disc to play games. That eventually evolved to digital downloads, but it does take a long time to download 90GB onto your console.

Enter Cloud Gaming, the concept is simple – pay X amount per month and you stream any game you want, just like you do with movie/TV content on Netflix. Excellent idea, but perhaps we are still a way off.

Current consoles lack the power to render images so fast, and not everyone has access to super speed internet. However, in a decade’s time, it might be the case.

Sony has already started to dabble in VR gaming with its PlayStation 4, releasing a headset. It is somewhat popular, but yet to become the mainstream option for gamers.

The biggest name in the VR space is Meta owned Oculus Rift, which manufactures high-quality headsets. The hardware can be used for anything to view in 3D, from gaming to movies. The technology takes the next step in bringing the user immersive technology.

Just pop on the headset and you will be ringside at a boxing fight, or playing baccarat with James Bond in Casino de Monaco. The infrastructure has to be built, but the only limit is your imagination.

The 2D experiences we have on our screens for gaming are great, but 3D takes it to the next level. VR Gaming is especially popular in SE Asia, where esports is quickly becoming a favorite pastime.

Traditional Thai games like Ba Kong Wo are on their way out, with new games replacing them. Mobile games like PUBG are becoming increasingly popular as well as casino games like roulette and blackjack that you can play on any mobile device. To help Thai players for the latter, there are platforms such as Asiabet that checks for a juicy welcome bonus, as well as give reviews on all legal casinos.

The main issue with VR though is the practicality. Having to wear a headset, you cannot see where you are going, it might be dangerous. Nonetheless, many individuals are spending a lot of their time in the Metaverse – the successor to the internet.

Critics have labeled it dystopian, where people will not leave their houses, and instead just interact with their friends in a virtual world. Only time will tell if it becomes a reality.

The future of gaming looks bright, with esports quickly gaining traction in recent years. More children today play FIFA than actual football, and it doesn’t look as if gaming is going away.

Smartphone gaming is also becoming better and better by the day and is more accessible to everyone. The apps are normally quite small, so they do not take up much space on your device. Moreover, games are often free or if there is a fee, it’s low compared to console games.

Huge technology companies are also getting in on the action, with Apple offering gamers its Arcade and Google releasing its Stadia platform. In the short term, it’s difficult to see how smartphones are going to be replaced with different technology.

The next wave for gaming is convenience and immersiveness. Hence why cloud and VR are trends to look out for. One day, both might be combined, to give gamers an unmatched experience.

But who really knows? One honorable mention must go to that of augmented reality (AR). A technology that superimposes an image into the real world. The first and most mainstream use case was when Pokémon Go was released way back in 2016. Pokémons were located in random GPS areas and players had to capture them on their phones. At the time it took over the world.

Then again, AR has not really pushed on since then, but Meta is working on it as well as other tech giants. But one thing is for sure, gaming in the next decade looks like it will be the most exhilarating and dynamic experience it has ever been.