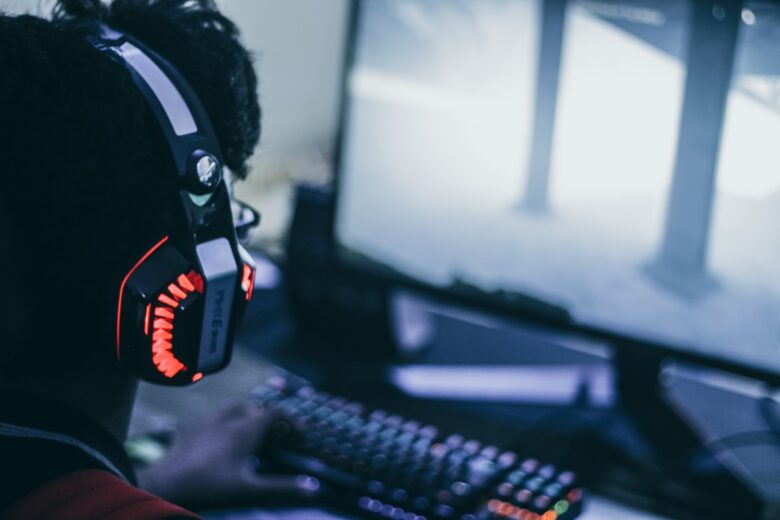 We can’t imagine any video game without proper audio and sound effects. These effects are an integral part of playing the game and the overall gaming experience. Probably no gamer can imagine playing their favorite game with sound off, because that would automatically remove a large part of the experience and enjoyment of the game. As the popularity of gaming has grown over the years, various studies have been done to indicate how significant sound is when playing games.

And we don’t just mean how important it is for the gaming experience, but also the overall player’s performance. And if you are a gaming enthusiast you are probably constantly looking for effective ways to improve yours. That’s why in the following article we share with you information about a few ways sound can affect your gaming performance. Let’s dig in.

Contents of this Article show
1 1. The sound affects how much fun the game is and how interested you are in it
2 2. Makes it more or less realistic
3 3. Affects your concentration and focus
4 4. They affect the mechanics of the players during the game
5 5. Sound affects the length of gameplay and the experienced players gain over time
6 Conclusion
6.1 Related Posts:

1. The sound affects how much fun the game is and how interested you are in it

The right soundtrack and different sound effects while playing the game can definitely make the game a lot more fun and make you more interested in it.

The truth is: if the game is not fun and effective enough, there is little chance that you will really be into it and that you will do your best to achieve the desired results. The coordinated sound effects in the video game will make it very dynamic, interest you, provoke a real adrenaline rush, and stun you so that you are fully focused and really put maximum effort during the game.

If there are no exciting sound effects, the whole game gives a monotonous, boring impression and does not attract players to play it, which is why they put in only half the effort, so their consequent performance is also low. With good sound, your gaming performance will increase as your game will be more fun and engaging.

2. Makes it more or less realistic

Sound also affects your gaming performance by making the game more or less realistic. The more realistic the game and the more you feel in it, the better your performance will be. Every gamer will tell you that the reason why a certain game is their favorite is that it seems very close to reality and, once they start playing it, they feel like they are completely drawn into it. Well, one of the factors that significantly contribute to whether a game will seem realistic or not is the sound used in it.

This is especially important for games that involve first-person shooters or race simulators. When playing from this perspective, it is important that games seem very realistic and close to the player so that they can focus better. Sometimes game developers use the sounds of real cars to make a racing game more tempting, or they use the sounds of real weapons to make everything sound completely authentic.

Today, there are also certain gadgets that pump low frequencies of sound into your body and thus make you basically ‘feel’ the sounds on your body. One such gadget is Woojer vest which is enjoying immense popularity among gamers today. The main reason for this is the unique audio experience that allows you to completely transform your gaming performance. You can find out more about the Woojer vest below:

3. Affects your concentration and focus

Another way that sound can affect your gaming performance is by making the game more memorable, helping you focus better on the game and remembering it more easily. And once you remember the important segments of the game, every next time you will be ready to overcome obstacles and achieve the results you want.

You are probably not even aware of this, but if you can hear certain music in the background all the time while playing the game, your brain connects it with certain plots, so it gets easier to remember them every next time. This is an unconscious action, but it can significantly improve your overall gaming performance. A good soundtrack makes the game very recognizable, makes it easier for you to play and helps you get better at it over time.

4. They affect the mechanics of the players during the game

The sounds in video games are there, not only to make it more fun and help you remember certain parts more easily but also to improve your mechanics and speed of reaction in certain situations. Without sound, no game and no move would be effective enough, so it would certainly happen that you do not react in time. Sound effects can improve your gaming performance by producing loud and effective sound effects that indicate that something is happening, speed up your reflexes and make you more engaged in the game.

5. Sound affects the length of gameplay and the experienced players gain over time

When the background music of the game is fully aligned with the concept of the game, it makes it much more fun to play, so players stay interested in it much longer. This sometimes means that the background music is relaxing and motivates players to persevere in those games that are already played for a long time. However, this can also mean that dynamic games that are short-lived remain fun for players long enough, so they continue to play them over and over again. In both cases, players gain more practice and more experience over time, which means that their gaming performances will inevitably improve.

This is one of the indirect ways in which playing games can have a very beneficial effect on gaming performances in the long run.

The soundtrack and sound effects used in video games play a very important role, as they can affect gaming performances in a variety of ways. They can affect how much fun the game is and how interested you are in it, they can make it more or less realistic, improve or reduce your concentration and focus, as well as affect the mechanics of the players during the game. Finally, they can improve gaming performances by making players interested in playing a particular game for much longer (or multiple times over), which will eventually improve their level of experience and skills.