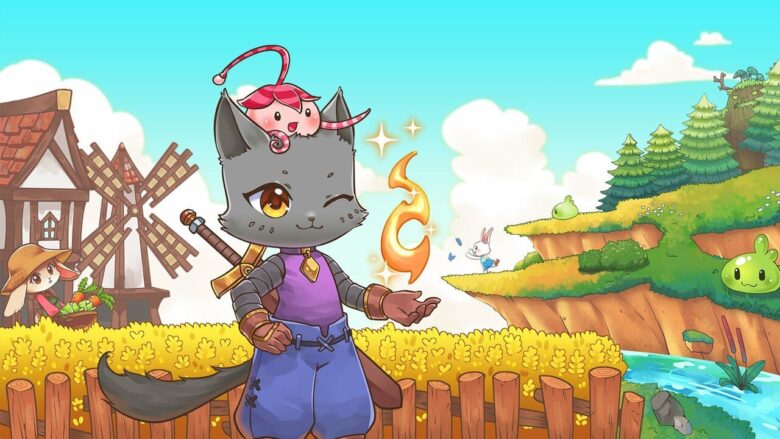 Kitaria Fables is here, and we loved it — but it can be quite tricky to learn the ropes, especially when every upgrade costs tons of cash, and your pockets are perpetually empty. Or, perhaps, you’ve got all the money you need, but no idea where to find some of the required materials. We can help!

A good source of healing food early on is Apples (from Fluffy bats, which come out at night) and the Croissants and Omelets sold in the two early towns. Later on, Monster Pudding is a good food to have on hand, since it uses up Mucus from Green Gooeys.

Mana is regained by using your sword or your bow to attack enemies.

Always be combat rolling!! Even if you think it’s too late! The dodge timing is pretty generous, so you might be surprised.

You can find tools in the chest on your farm, to the west of your house in Paw Village.

Upgrade your Watering Can to Gold as fast as possible! You’ll need it to look after an entire field of crops, which is how many you’ll have if you want to maximise profit.

The Sickle won’t need upgrading — it can harvest 9 crops in a 3×3 square from the start. Don’t harvest by hand. Your time is precious.

Upgrading your tools, weapons, and armour is done by adding new materials to your current item, which means that you can’t skip straight to Gold Watering Can without making a Silver Watering Can first.

There are several chests that you can use for storage, but the storage isn’t shared between them. There’s a chest in Paw Village, one in Rivero Fortress, and one to the north of your farm, as well as two more that can be built with the right materials.

Sleeping will take you to 7am on the next day, and refill your HP and Mana bars, even if you go to bed at 6:59.

When you’re trying to make money, don’t bother with chests, unless you have keys from defeating bosses — most of them are not worth the cost of making a key. The chests contain money, ingots, equipment, and even new spells, but save them until you have some cash to spare.

Invest your Vengeful Souls into the Orbs you’ll need to craft spells — the most powerful ones will really, really help you in boss battles, and there’s even a healing spell that you can get. Visit the Sage’s house to find out exactly what you need, rather than crafting Orbs at random.

Don’t always travel by portal — you’ll miss some of the quests along the way!

There are plenty of chests in the world that are slightly hidden, behind trees, walls, and rocks. Make sure to check every crevice.

You can remap the buttons, which we recommend, especially for accessing the inventory — we found that the “-” key was too tricky to press in a bind.

Your weapons (the sword and the bow) will give you different amounts of Attack power which affects your spells — so even if you favour the bow, it might make sense to equip the sword to make your spells hit harder.

The best wings are the ones that increase your speed (for moving around the map at more-than-snail’s-pace) and the ones that give you Lifesteal, earning back a little bit of the health you lose while fighting.

The inventory menu does not pause the game! Be careful!

HOW TO MAKE MONEY

Money is very hard to come by in Kitaria Fables, and you might be reluctant to sell any of your materials, since you’ll need them for weapons, tool, and armour upgrades. Completing quests will net you a few hundred here and there, but there are LONG gaps in between quests sometimes.

Here are our main tips for making extra Paw Pennies:

Sell at least one of every item you get — the price will be added to the description, helping you to decide if it’s worth selling in future.

Amber is a great early-game way to make money, which is a rare drop from Flower Pixies (Blue Moon Lake) and Treant Guardians (Forest Plantation, East Forest Field). Each Amber will net you 1,000 Paw Pennies!

Withered Flowers are relatively easy to get from Man-Eating Flowers, and sell for just over 100 Paw Pennies each, if you want something that’s a more reliable drop.

If you don’t mind grinding, grab an AOE (area of effect) spell and head to the South Freshwater Swamp, where you can easily kill a lot of enemies in a short space of time and sell the materials they drop. As a bonus, you’ll get a lot of Vengeful Souls for buying new upgrades!

Later on in the game, pretty much anything that drops from bosses will make for a good few hundred (or even a couple thousand) Paw Pennies, but by that point, you’re better off investing in crops.

The best seeds for making money in order of profit margin are:

Onion Rings (two corn, two onions) have the best profit margin, and are relatively easy to make in the early game. Turning corn into oil is also a good way to make a profit, but Onion Rings is better.

Cookies (four wheat, one egg) are also good, and as wheat is the cheapest seed to buy, it’s affordable, too.

Not every crop is worth turning into food — with the cost of flour, eggs, milk, and seeds, it doesn’t always result in profit!

Your bag has limited space, and it’s annoying — you’ll need to find Pumpkin, the travelling night-time merchant, in either Paw Village (right up top, where the empty stall is) or Rivero Fortress’s inn (he’ll be next to the check-in desk). Pumpkin appears every three days after 19:00 in Paw Village, and maybe semi-randomly in Rivero Fortress, so check back each night until you find him.

Pumpkin sells a few seeds, which are pricey but good for money-making, and late-game weapons upgrades, but his best deal is the bag — all you’ll need is 3,000 Paw Pennies for the Medium Bag, and 10,000 for the Large Bag. Each one adds an extra row of storage!

WHICH SPELLS TO BUY

You can buy new spells from the Sage’s house just north of Upriver Field, at the top of Forest Entrance. Interact with the cauldron to get new spells, or interact with the spellbook to change the ones you have equipped. There’s also a spellbook next to your house in Paw Village that does the same thing.

Obviously, a lot of this is personal preference, but here are the spells that absolutely saved our bacon:

No lie, this one absolutely WRECKS. Nothing will be left after you cast Crimson Meteor but a burning crater in the ground. It’s pricey, but it’s well worth having in your arsenal.

Another pricey one, but similarly powerful, Heaven’s Drive will require a few things that are easy-ish to get, and a Pearl, which is not. It’ll be worth your time, though.

As the only healing spell in the game, this one is a must-have if you find yourself getting pulverised on a regular basis, and spending all your hard-earned cash on healing items. Get yourself Healing Wind, and buy yourself some wings with Lifesteal from the blacksmith in Rivero Fortress, and you’ll never need to eat an omelette again.

An excellent and affordable buy for the early game that will be useful even into the late game, Earth Blades pushes back enemies and deals DPS damage. If you can line up the monster you’re fighting in front of a long corridor of space, you can deal maximum damage while also giving yourself some breathing room to heal up.

Relatively cheap, very effective, damaging enemies in close-range with a massive flaming tornado, and giving them all burning damage for the next 15 seconds to boot. You won’t regret getting this one.

WHICH SPELLS TO AVOID

TORNADO & EYE OF THE STORM

Tempting, but save your Amber for selling and upgrading your equipment.

There weren’t too many ice spells that we’d recommend over the ones we chose above — they’re good, but they’re more about freezing enemies in one place than damaging them. If you’re the kind of player who likes to be safe, and give yourself time to escape, it doesn’t hurt to have one in your arsenal, but we like to just set everything on fire and then roll away.

WHERE TO FIND RARE MATERIALS

Most crafting recipes will require at least one rare item — here’s where to find them, listed in alphabetical order (spoilers for late-game bosses!):

Enemies like the Dracufly, the Crystal Guardian, and the Chompy are extra-hard challenges for people in the late-game, but they don’t drop materials — they drop powerful equipment.

That’s it for our Kitaria Fables guide! We hope you found something useful in here, and we encourage you to leave your own tips in the comments below. You can check out our glowing Kitaria Fables review here, and all of our other game guides here.

If there’s anything else you need help with, let us know in the comments! 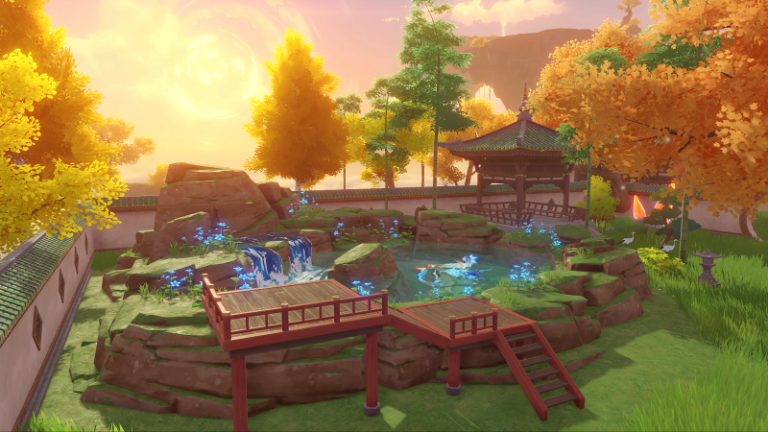 Don’t forget Genshin Influence? The gacha recreation that took the environment by storm? Effectively, it’s celebrating its one particular-yr anniversary appropriate now, from currently (September 28) to October 12. You can get some goodies by participating in various tasks and routines, as is generally the case through Genshin Effect gatherings of all sorts. There is…

Ready to be patched up. Screenshot: Nintendo In the vicinity of the end of Metroid Dread, some players are finding an mistake message that reads, “The program was closed for the reason that an mistake transpired.” The error prevents the participant from proceeding, due to the fact the match goes into compelled shutdown. “A bug… 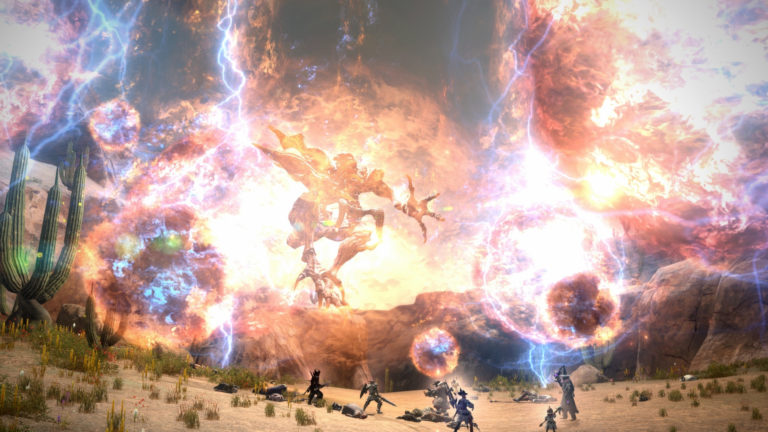 Remaining Fantasy XIV has been battling to continue to keep up with its swiftly expanding acceptance in the latest months, and the devs are making some far more changes to tackle the troubles. But that’s going to take some work, and hence servers are coming down for an extended routine maintenance interval this night. Practically… 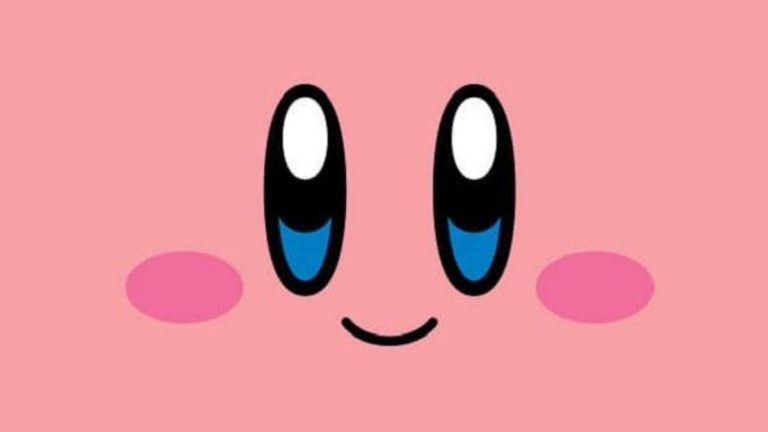 A new Kirby sport for the Nintendo Swap procedure appears to have unintentionally been revealed on Nintendo’s launch plan. The recreation is translated as Kirby Discovery of the Stars and reveals Nintendo’s pink mascot standing in front of an overgrown cityscape. This would be the first mainline Kirby match considering that the excellent Kirby Star Allies… 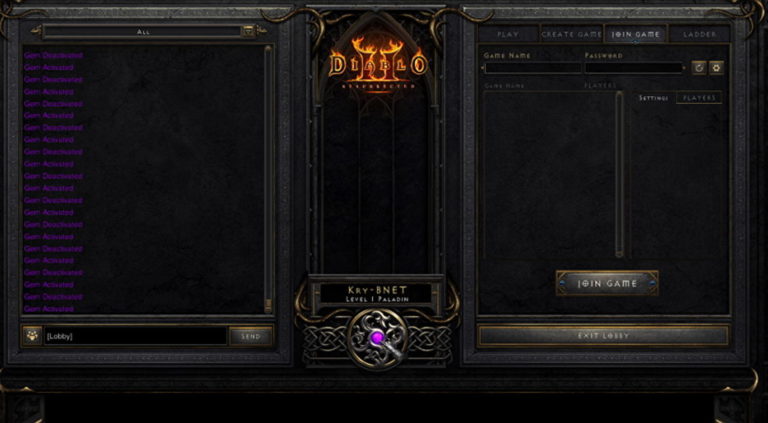 &#13 If you are obtaining the Diablo 2 Gem Activated information, congratulations.&#13 Related Posts:Diablo 2 gem activated: What does it mean?New World gems – How to get gems in New World and what each…Diablo 2 character gone bug and where to find characters in…Diablo 2 Catacombs | Where are the Monastery Catacombs in…League Of Legends… 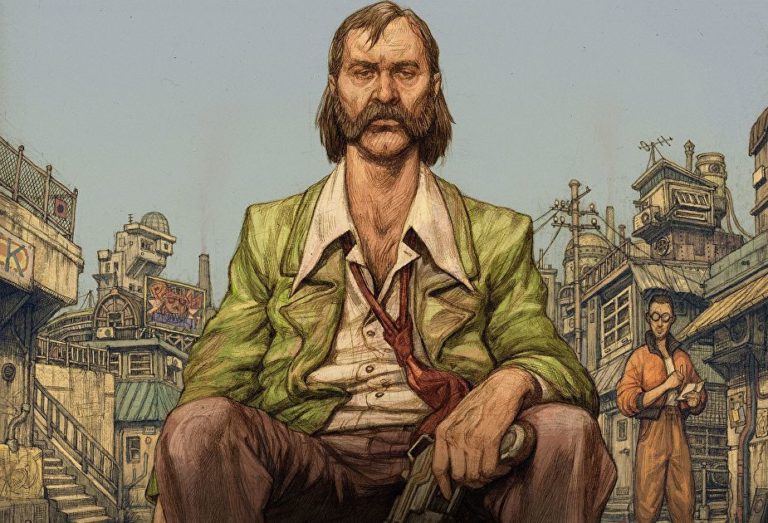 Disco Elysium: The Final Cut,the definitive version of the award-winning RPG, is ultimately heading to Nintendo Switch upcoming month. This is not a port of the match, as it has been “reassembled” for the Switch console. With this version of the activity, you can assume a redesigned person interface, font scaling solutions, improved legibility across…