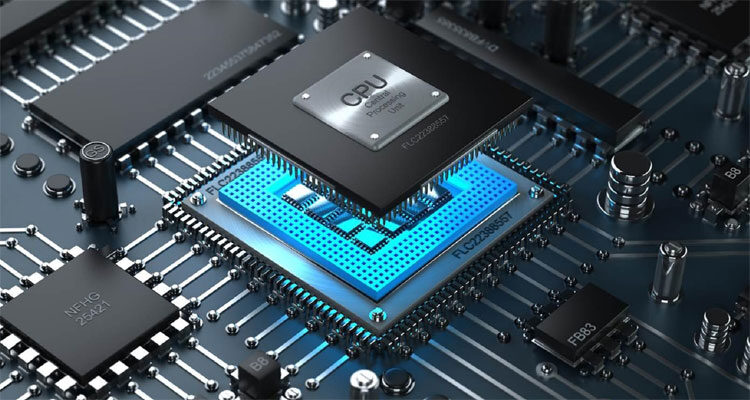 With hardware prices being as high as they are, you are much better off building your own computer than wasting time on a pre-built PC. However, building a PC might be easier said than done.

Apart from the obvious fact that you’re going to have a hard time finding the actual hardware, there are also some technical things that you’ll have to be aware of – especially if you’ve never built a PC before.

One of the things you’ll have to look out for is motherboard-CPU compatibility.

Even back in the day, when we didn’t have so much hardware to choose from, we still had to make sure that all of the parts in our PC were compatible with one another, and that remains true to this day.

Not every motherboard is compatible with every processor or CPU, which is something you’ve probably heard. However, if you go on the manufacturer’s website to read more about the compatibility of a motherboard – you will never see the list of “supported” CPUs. So, how in the world do you know which CPU-motherboard combo to buy? Do you just risk it and hope it works out? No. Of course, not.

Here’s how you do it.

Contents of this Article show
1 How To Figure Out Which CPU Is Compatible With Your Motherboard?
2 Dismiss Opposing Boards Right Away
3 Take A Closer Look At The CPU Socket
4 Sockets And Mounting
5 Socket Support
6 Chipset
7 Final Verdict – How Do You Find All This Information?
7.1 Related Posts:

How To Figure Out Which CPU Is Compatible With Your Motherboard?

It doesn’t really matter which came first since we’re not talking about the chicken and the egg here. CPU-motherboard compatibility works both ways. But, for the sake of argument, let’s just say you’re looking for a compatible motherboard for your brand new AMD Ryzen 5 5600x or Intel i5-11600K. How do you do it?

Right off the bat, you can just dismiss all Intel boards from consideration if you have an AMD processor and vice versa. We’ll get technical with it in a minute and explain why this is the case, but for now, just remember – if you get an AMD or an Intel process – you’ll have to get a matching board. Criss-cross matching won’t work in this case.

Take A Closer Look At The CPU Socket

Now’s the time to get technical.

The first thing you should take a look at is the CPU socket. As you can tell by the name, a CPU socket is quite literally a socket or a physical mount on which the processor (CPU) is placed upon or inserted into.

We say placed upon or inserted into because not all processors (and therefore not all motherboards) are the same. If you take a look at the two CPUs we’ve mentioned above, Ryzen 5 5600x and i5-11600K, you’ll notice one really major difference between them – their bottom is not the same.

AMD’s Ryzen 5 has pins, and Intel’s i5 has flat contacts on the bottom, which means that one of them is inserted into a socket, and the other one is placed upon one. Want to guess which is which, or do you need more info?

When it comes to sockets and mounting the CPUs, there are two terms to remember – LGA and PGA.

LGA and PGA both refer to CPU sockets and their mounting types, and as you’re about to see, one of them is almost exclusively used by Intel, while the other one’s used by AMD.

LGA is Intel’s choice. Essentially, LGA stands for Land Grid Array, and it is a socket used for CPUs with flat contact bottoms, as the board socket itself has visible pins.

PGA is obviously AMD’s choice, and it stands for Pin Grid Array. With everything we’ve learned so far, you can safely assume (and you’d be correct) that this socket and mounting type is made for processors with visible pins. So, instead of protruding pins, this board socket has pin slots into which the CPU pins slide.

There’s also BGA, Ball Grid Array, but that’s reserved for laptops, which is not something we’re interested in today.

However, just looking at the bottom of a CPU is not enough to get a compatible board. Well, with AMD, it kind of is, but with Intel – it’s not quite.

Basically, as CPUs have evolved over the past years, motherboards had to keep up the pace. So, apart from must picking the right socket and mounting type, you also have to pick the appropriate generation of a motherboard to suit your CPU.

Now, with AMD, that’s simple. Unless you’re looking to get an Athlon or Phenom processor from the early 2010s, you can just go with their latest AM4 socket that supports every CPU from the 1000 to 5000 series desktop CPUs. Or, if you want a workstation beast like Threadripper, you’d go with an sTRX4 socket.

Finally, you have to consider the chipset of a motherboard. Why? Well, basically, CPU sockets remain the same through a few generations of motherboards while the actual CPUs become better.

However, we wouldn’t recommend you do that. While you could get it working, it wouldn’t perform properly.

Instead, the general rule of thumb is to look at the CPUs release date and compare it to the motherboard’s release date. That way, you’ll be pretty much certain that the chipsets are compatible.

Final Verdict – How Do You Find All This Information?

Now, the only question remains – how do you get all this info?

Easy. All you have to do is go to the manufacturer’s website and check for the information we’ve listed here and compare it.

For instance, let’s say you’ve decided to go with Ryzen 5 5600x. You’d start with an AMD motherboard with an AM4 socket. Next up, you’ll want to look for a newer motherboard, preferably the one released around the same time as the Ryzen’s 5000 series processors.

Once you check all the boxes – shop away. You’ve found a perfect fit!