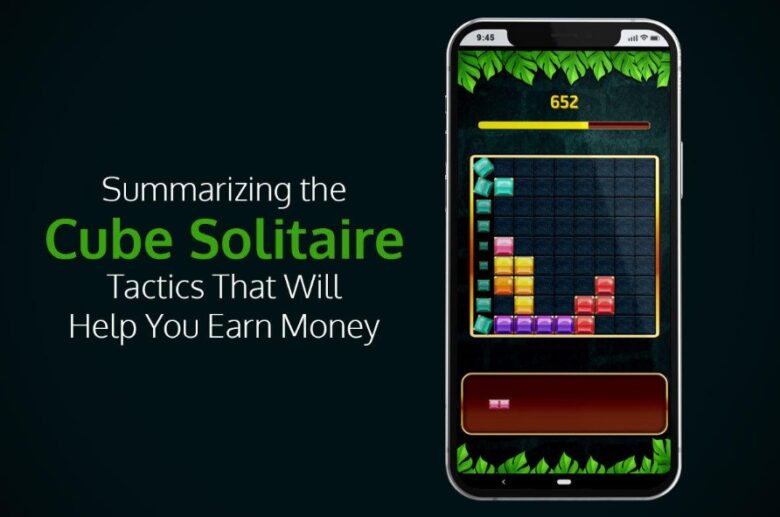 Cube Solitaire is a well-admired game played by card lovers across the globe. While most players have a basic understanding of the general rules of this in-demand game, in-depth knowledge is required to participate in tournaments and earn money.

The rules are straightforward, and it should not take you more than a few seconds to memorize them. The rules are as follows:

Simple, right? But knowing the rules is only the first step, and you must diligently follow this step right after installing the Cube Solitaire app. To download, you can click here.

The next step is to learn the different Cube Solitaire strategies that will help improve your winning chances and allow you to win cash rewards. However, before discussing the tactics, it is essential to note that you might face some unsolvable games. Don’t get frustrated if you cannot solve all the games because this game is based on skills and a bit of luck. You might not always get a deck that can be solved, and in such situations, tap the submit button and tap out early. You can win a timer bonus and beat your opponent.

Now, are you interested to learn how to make the most use of the possible moves available to you during a game? Let’s take a look.

Contents of this Article show
1 Let Your First Move be About Uncovering the First Deck Card
2 The Larger Stacks Must be Attacked at the Very Beginning of the Game
3 What’s the Color of the Card?
4 Don’t Have a King Card? Then, Don’t Empty a Display Column
5 The Answer Doesn’t Lie in Building Ace Stacks
6 The Moment You get an Ace Card, Play it
7 The Bottom Line
7.1 Related Posts:

Let Your First Move be About Uncovering the First Deck Card

More potential moves are one of the best ways to augment your winning chances. You can increase the number of moves by revealing more cards, and that’s possible by attacking the columns with larger stacks. It would be best if you thinned those stacks to reveal unexposed cards. Then, you can use the exposed cards to execute moves that will bring you a step closer to your win.

When playing Cube Solitaire, you must remember that only the exposed cards can be used to build piles, and you cannot use the face-down ones. So, be very careful when it comes to revealing them and also plan your moves. Don’t randomly arrange them because then you’ll find yourself stuck.

What’s the Color of the Card?

Thinking about the card’s color is important, and you must not execute any move without answering this question. In Cube Solitaire, the cards are arranged in alternating colors but belong to the same suit. So, the decision to fill an empty spot with a black or red king is crucial. Whatever color you choose will dictate the color for that particular pile. You must have the alternating color for whatever king color card you place on the vacant column.

Players’ biggest mistake is randomly placing cards on the empty column with zero regard for the color. If you’re guilty of making that mistake, you might make the column useless and limit your choices.

Don’t Have a King Card? Then, Don’t Empty a Display Column

It is advised that players must quickly aim to empty a display pile during the game so that they can use the column as a temporary storage place. But if you don’t have a king to place on the vacant spot, it is not wise to leave a column vacant. The spot will remain empty until you find a king that will block that entire column from the game.

Emptying a column without a king is considered an amateur move, and you should not make this mistake. If you are in the middle of an intense match, a seemingly easy mistake might become costly. It can cost you the match, especially if you are competing for cash prizes.

Moving cards to the upper Ace stack or foundation sometimes create problems for yourself and might make you run out of moves. When Ace stacks are built, the cards below the piles cannot be used, becoming redundant. Since the match lasts for 5-minutes, you might not get the opportunity to rectify this mistake and may lose the game.

Therefore, you must avoid building Ace stacks. It might end up ruining your game and give the upper hand to your competitor.

The Moment You get an Ace Card, Play it

So, the stockpile has revealed an Ace? You can play it immediately. There’s no point holding on to these cards; you don’t have to draw again. Aces can quickly make their way to the foundation pile.There’s no need to think twice about this.

Winning Cube Solitaire is possible if you maintain the right strategy and play enough practice games to acquire the required skills. But to avoid getting frustrated, know that not all decks are solvable. When the game seems unsolvable, you need to tap the submit button and end the game early. Ending the game early will fetch you a timer bonus that might be the difference between winning and losing. Furthermore, you can participate in cash tournaments once you have acquired the needed skills to beat competitors. Play as many practice games as possible to hone your skills and gain experience.

So, download and install the Cube Solitaire game to learn the rules and engage in intense 1V1 competitions.