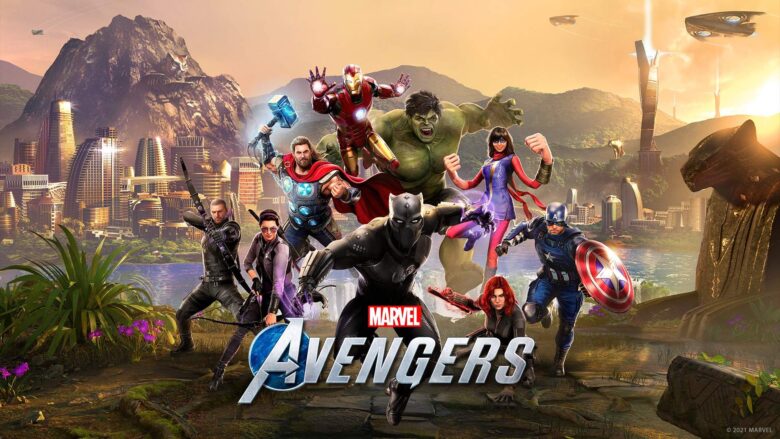 We just launched our biggest expansion to date for Marvel’s Avengers – Black Panther: War for Wakanda. We’ve loved seeing your reactions to the new campaign, and today we’re excited to announce that we’re making the complete Marvel’s Avengers experience, including all previously released free content, available with Xbox Game Pass for PC, Console, and Cloud on September 30.

Yep – you read that right. Every player with an Xbox Game Pass membership can experience the full game and all our post-launch Heroes and missions. This includes four story campaigns that showcase one or more Hero’s unique abilities, as well as our Avengers Initiative – our evolving online multiplayer world that lets you and three friends play as any Hero in our roster and embark on global adventures.

Xbox Game Pass members will also have immediate access to our new War for Wakanda expansion, featuring our new playable Hero, Black Panther, and hours of new multiplayer and story content. In War for Wakanda, King T’Challa faces his greatest challenge yet when Ulysses Klaue infiltrates Wakanda to steal its precious Vibranium. T’Challa won’t be able to defeat his enemy alone; he’ll need to team up with the Avengers and confront his distrust of outsiders if he hopes to protect his kingdom.

Beyond this expansion, Marvel’s Avengers is an evolving game with ongoing updates that add new playable Heroes, missions, villains, campaigns, and events – and Xbox Game Pass members will get to experience all of it! If you’re gaming on Xbox Series X|S, you’ll get to play the optimized version of Marvel’s Avengers to take advantage of faster load times and higher frame rates resulting in a smoother gameplay experience. Marvel’s Avengers also supports Smart Delivery, giving you the best version of the game automatically delivered to your console, regardless of generation, with no extra steps required from you.

Our One-Year Anniversary Celebration for Marvel’s Avengers is winding down with a Quad XP event from September 30 to October 4. Playing missions during this time earns you quadruple experience, so you can level up your Heroes quickly! Our Hero Catalyst XP Boosters are additive to the 4x boost during this event.

Marvel’s Avengers is an epic, third-person, action-adventure game that combines an original, cinematic story with single-player and co-operative gameplay*. Take the essential Super Hero gaming experience to another level! Marvel’s Avengers will be available for next-gen consoles at no extra cost.* This version will boast a wide spectrum of improvements to visuals and speed, and will be backwards compatible in single and multiplayer. Marvel’s Avengers has a beautiful world filled with exquisite detail, and with improved Heroics, destruction, graphical fidelity, and framerate versus previous gen, you won’t be missing any of it. Get right into the action with fast loading times and be blown away by the striking detail of enhanced destructive visuals that make Heroics feel truly in your hands. Marvel’s Avengers will support save file transfer and cross-gen play so you can pick up right where you left off and continue fighting AIM with your favorite Super Hero squad. We’re excited to herald in the next generation of consoles on Marvel’s Avengers!

*Upgrading from the disk version will require the next-gen version of the same console with a disk drive.

**Credits that you purchase are useable on Xbox Series X|S Console version of Marvel’s Avengers. Please be aware that the Credit that you own is synced with your Microsoft account, and the wallet will be shared through both platforms.

Marvel’s Avengers is an epic third-person Super Hero game that combines an original, cinematic story with single-player and co-operative multiplayer gameplay for the essential Super Hero gaming experience. The world of Marvel’s Avengers continues to expand with new Game Modes, Events, Operations, and Expansions that fill out the fabric of this original universe by diving into more than 25 hours of single-player campaign content in an ongoing original narrative.

Start in the Reassemble Campaign, following Kamala Khan on her journey to reunite the Avengers against the rising global threat of AIM. Continue the exciting story in Operation: Taking AIM, where you’ll meet Kate Bishop and uncover AIM’s top-secret project that has cataclysmic implications. Follow the time-travelling trail in Operation: Future Imperfect as Hawkeye and scour the Wasteland of future Earth looking for a way to change the timeline. And now, jump into the War for Wakanda Expansion with King T’Challa, the Black Panther, and travel to the -advanced nation of Wakanda under siege by Klaw and AIM. With 9 playable Heroes at your fingertips, you can jump right into the Super Hero action of your dreams.

Available now on Xbox One and Xbox Series X|S, with an upgrade to the X|S version at no extra cost**. *One-time online access required for single-player campaign; online access required for multiplayer and to download post-launch content. Free Square Enix Members account required. Platform-specific online subscription fee may be required. **Upgrading from the disk version will require the next-gen version of the same console with a disk drive.