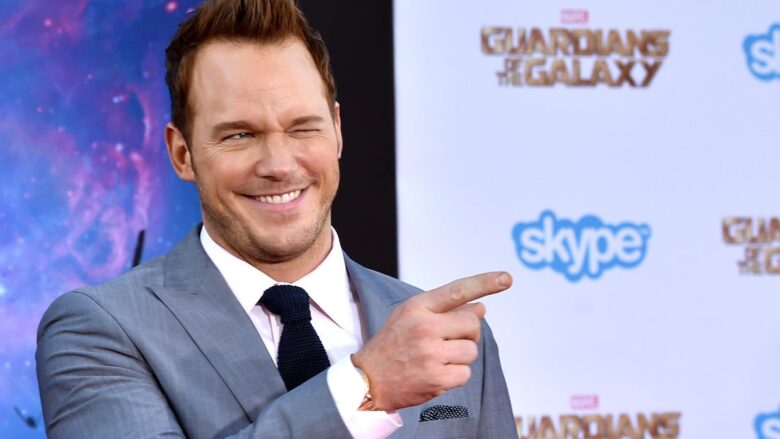 Nintendo lobbed a grenade the size of a King Bob-omb at the social fabric of America yesterday when it announced that Hollywood leading man and charming village idiot Chris Pratt would be Mario. That’s right, the Italian plumber is finally re-appearing on the big screen after a nearly 30-year hiatus. The Marvel superhero and former Parks and Rec schlub seemed like the last person Nintendo would tap for the role, so of course that’s exactly what it did.

“Imagine surviving two recessions and a pandemic only to have to endure Chris Pratt as Mario,” tweeted one person. “It’s been awhile since we had to come together and cyberbully a movie studio into making sweeping changes to an animated film but i believe we can do it again,” wrote another, referencing that time the collective outcry of the internet forced Paramount Pictures to delay the Sonic movie so visual effects artists could fix his legs. Or as one person put it, “Finding out that Chris Pratt is gonna be Mario is the exact opposite feeling of finding out Idris Elba is Knuckles.

Chris Pratt has become notorious over the past couple years for being the worst of the Hollywood Chrises, at least in certain corners of public opinion. This is why at least one random online individual was able to predict Nintendo’s shocking reveal through the clairvoyant power of shitposting. But still, why are so many people so down on this casting choice, so much so that true statements like “Fred Armisen will voice Cranky Kong” have already been relegated to back-page news?

There are a lot of layers to this fuckery to unravel, so let’s start with the first and most obvious one. People appear to be unenthused first-and-foremost because they are just sick of seeing Chris Pratt’s face everywhere. When the Minnesota-born actor originally broke out as Parks and Recreation’s slacker boyfriend shoe shiner, Andy Dwyer, he was a lovable goof nobody knew much about. That is, aside from the fact that Pratt made them chuckle with his absurd antics on Thursday nights, near the end of the latest soul-crushing work week. He was there if you needed him, optional and on the side like a bowl of roasted peanuts at the bar.

Now you can’t escape him. A decade later he’s Hollywood’s latest attempt to try and manufacture an old-school star. His transformation began with the role of bearded special ops guy responsible for helping capture Osama Bin Laden in Zero Dark Thirty. Then he was the voice of the box office hit Lego Movie’s eternal optimist everyman. And in 2014 Marvel minted him into the purposefully obnoxious (but likeable) lead for Guardians of the Galaxy.

Since then he’s also become the affable but ripped dinosaur wrangler in three new Jurassic Park movies, reprised the role of Star-Lord across three subsequent Marvel movies, put out a sequel to The Lego Movie, and established himself as an A-list romantic interest by playing across Academy Award winner Jennifer Lawrence in Passengers. Just last month he starred in the sci-fi shooter flick, The Tomorrow War, which channelled masculine panic to champion the unsung blue collar white guy to a resounding 53% on Rotten Tomatoes. Some might say he’s been over exposed. Now he’s also Mario.

Which brings us to the second big mark against Chris Pratt playing Nintendo’s iconic Italian jumper: he’s not Italian. This shouldn’t matter, especially not when it comes to voice acting, but Pratt isn’t exactly instilling confidence right now.

“It’s ah me, ah Mario,” he said in an Instagram video posted last night in the exact same voice I would use if I were pretending to be Chris Pratt pretending to be Mario. “That’s not the voice, you’ll have to wait to hear the voice, but we’ve been working hard at it and I’m really excited to announce that I’m the voice of that video game that I dreamed of playing as a kid.”

For decades, Mario has been voiced in the games by Charles Martinet who is also not Italian but is an theatrically trained and experienced voice actor who specializes in accents and dialects. He will be involved in the new movie in some way, but at this point just as another avenue for Nintendo to troll longtime fans, it seems. Here is Martinet doing various Mario Bros. characters off-the-cuff without breaking a sweat. While it was unlikely for Nintendo to bring Martinet into the fold when it’s got recognizable A-List stars signing up for the movie, many are disappointed all the same.

But why do some people really hate that Pratt is the new Hollywood face of gaming’s number one mascot? Well, it probably has to do with the fact that he’s been accused of attending a church (Zoe Church) associated with anti-LGBTQ bigotry of another church it’s modeled after (Hillsong). Hillsong has been accused of engaging in gay conversion therapy, and its pastor has said the church doesn’t condone a “gay lifestyle.”

“His church is infamously anti lgbtq,” Elliot Page tweeted back in 2019 when Pratt was showing off his spiritual bonafides on late night TV while shilling for The Lego Movie 2. Pratt responded by saying that “nothing could be further from the truth and that his church’s doors were open to “absolutely everyone.”

This has become a common two-step for Pratt, with his wishy-washy remarks on some of the most pressing injustices of our time prompting people to try and get to the bottom of just exactly what his political views are. The Guardians of the Galaxy star’s name started trending on Twitter in the lead up to the 2023 presidential election after he was notably absent from an Avengers cast-led fundraiser for then-Democratic candidates Joe Biden and Kamala Harris.

Was he secretly a Trump supporter? Just another third way “a pox on both your houses” centrist? Some people don’t care about an actor’s political ideology or partisan leanings, but when you’re constantly front-and-center of every big piece of pop culture and you’re a multi-millionaire movie star who has a knack for subtly jabbing at both sides, people start to wonder if you are really a free thinker or just an asshole.

Of course, Pratt has plenty of defenders. Most notably other Hollywood stars. When the “Worst Chris” meme war reignited last fall, Marvel colleagues Mark Ruffalo, Robert Downey Jr., and James Gunn rushed into the breach to tell the internet to stop picking on their very dear friend. So did Pratt’s wife, Katherine Schwarzenegger (yes, he married into both the Schwarzenegger family and, by extension, the Kennedys), as did Guardians co-star Zoe Saldana, who famously quoted Tupac’s “Me Against The World” to rally the Pratt base.

Is there a chance that Nintendo changes its mind here? If anyone can withstand and/or remain oblivious to public outcry, it’s the company that seems to almost get off on negging its fanbase. But who knows. The fates work in mysterious ways, as Pratt himself will tell you, “It just dawned on me right now the quarter I stole from the wishing well to play Super Mario Bros. has come true that I get to be the voice of mario but I clearly stole someone else’s wish so just waiting for that row of Karma dominoes to come crashing down on me.”