While our Far Cry 6 review finds the game far from revolutionary, it’s distinctly Far Cry for better or worse. This means a lush open world to wander, plenty of enemies to bring to an untimely end, and makeshift gadgets that guarantee your gaming monitor will almost always be lit up with gunfire. With so much happening on screen, it’s time to head into Far Cry 6’s settings to make sure you don’t put too much stress on your system, and instead squeeze every last frame out of your gaming PC.

Far Cry 6 doesn’t mess with its well-established formula, but it does up the ante with new features under the hood. It’s the first in the series to officially include ray tracing – at least on PC, sorry console folks – and also packs AMD’s FidelityFX Super Resolution (FSR) upscaling technology to lower the performance overhead.

It’s not quite as well-optimised at launch as we’d hoped, however, with some CPU threading issues and an astonishingly high 11GB VRAM asking price for the HD texture pack. Don’t lose hope, though, as there are a few key settings to look out for that can help improve performance.

Far Cry 6 asks for a little more than previous entries, but Ubisoft outlines exactly what your rig needs to attain your preferred resolution and frame rate. So, before we get into what you can do to boost fps, here’s a reminder of the Far Cry 6 system requirements:

If you want to switch ray tracing on, however, you’ll need Nvidia or AMD’s latest and greatest GPUs to achieve a good frame rate. 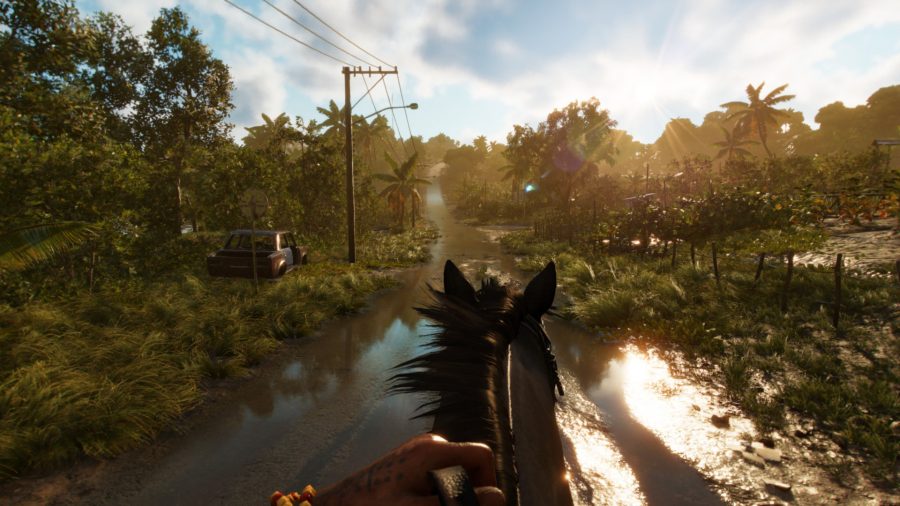 Much the same as New World’s settings, all options follow suit when you select a preset rather than giving you an intuitive mix of lows, mediums, and highs. Simply put, if you choose to stick with the Medium preset, water, shadows, and all other graphics will also be on medium, and it’ll be down to you to fine tune this to your liking. More on this later.

Choosing the right preset will entirely depend on what your gaming PC is capable of, but we recommend starting with High at your preferred resolution and then scaling your settings accordingly. This presents the Cuban-inspired land of Yara in all its glory with beautiful greenery and detailed textures, without taking up too many resources, as it nets a 16% performance increase compared to Ultra.

Alongside the biggest frame tax, Ultra is also one of the most inconsistent presets with a larger gap between the minimum and maximum frame rates. This means you’re more likely to see frame drops occur, especially during the intense, explosive moments that are fairly frequent throughout the world.

Opting for Medium provides another 10% increase compared to High, while Low boosts performance 22% compared to our preferred preset. The latter muddies the detail too much for our liking and we wouldn’t consider it worth the trade-off. However, it could be useful if dropping to a double digit frame rate is a deal breaker or you’re skirting below the minimum. 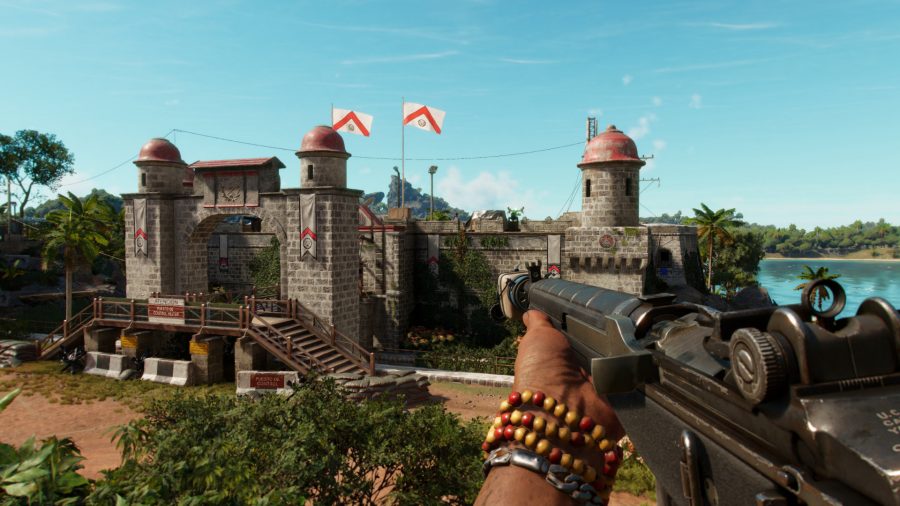 Far Cry 6 has a fair few options to navigate, but you can find these under Video across the Quality and Advanced Settings tabs:

We determined the best Far Cry 6 settings using the built-in benchmark tool, which isn’t quite as demanding as the game itself, but it gives a good baseline of what to juggle. As a result, we ended up with a healthy blend of mediums, highs, and ultras that strike a balance between fidelity and frame rate. If you want to tweak things further, however, these are the settings that affect your performance the most:

Geometry and vegetation seems to have the biggest impact on your game because it’s behind much of the greenery – and facing facts, there are a lot of trees and leaves in Far Cry 6. We suggest setting it to medium because you’ll see a double digit frame loss if you push it up, but the benefits might be worth the toll if your hardware can afford it.

Terrain is responsible for much of the world’s detail, but it’s also the next setting you should probably adjust. It does a good job of adding depth to the game’s finer features, like dirt and blades of grass, but weighing up the price for performance, it’s worth the extra 4-5% going from ultra to medium. 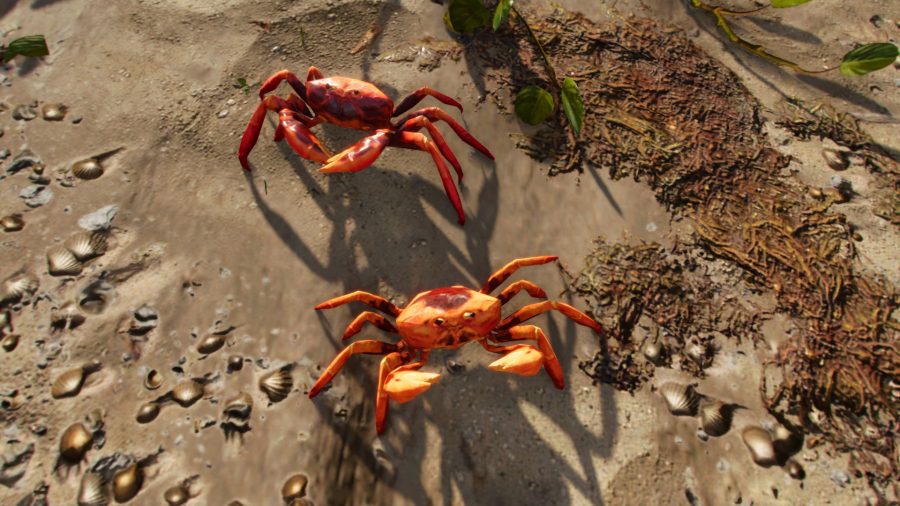 Shadows only saves you an average of 3% performance on medium compared to ultra. But when you consider that everything stacks up and it isn’t a big loss if shadows aren’t quite as sharp as they otherwise would be, it’s a no-brainer taking the hit here.

Water, naturally, surrounds the island and you’ll see a lot of it throughout your journey. If you turn this down to low, it loses the natural ripples and tides, which leaves the world feeling increasingly lifeless. Much like shadows, switching to medium adds another 3% you can benefit from without too much of a sacrifice.

Texture filtering, volumetric fog, and environment settings all give negligible performance increases when lowered from ultra, but tank the visuals in the process. If you’re keen to churn as many frames out of your system as possible, switching environment to medium is your best bet for just over a 2% jump, but we’d recommend keeping all on high or ultra.

HD textures are an optional 35GB package you can download on top of the 60GB base game. It’s difficult to recommend with a sky-high 11GB VRAM requirement that even Nvidia’s flagship RTX 3080 doesn’t quite meet, but it’s worth a shot to see how it runs on your gaming PC. Just stick to 1080p or 1440p, as textures sometimes fail to load in 4K resolution in the current patch. This is something Ubisoft might hotfix later down the line.

DXR reflections and DXR shadows make their first ever appearance in the Far Cry series here, but to little fanfare. For the former, Ubisoft opts for hybrid reflections, which combines screen space reflections with ray tracing, and surfaces aren’t always as sleek as a result. The latter doesn’t really do much to improve on the default shadow mapping, either.
Sadly, even though these techniques set the barrier to entry a bit lower than the full shebang, the performance hit you take is a bit too much for us, but you should try for yourself to see if it ticks the right boxes for you.

FidelityFX CAS and FidelityFX Super Resolution 1.0 are absolutely worth switching on regardless of what graphics card you run, as they work on both Nvidia and AMD GPUs. CAS stands for contrast adaptive sharpening, and aids your anti-aliasing by cleaning up blurry and shimmering outlines. FSR does a similar job to Nvidia DLSS in that it renders Far Cry 6 at a lower resolution before upscaling it to your chosen native resolution. While it works at 1080p, you’ll benefit most at 1440p and 4K resolution, where it can be considered free performance since it doesn’t seem to have artifacts and distortions that often come with upscaling. And, if you need to pump out any more performance, you can swap ultra quality out for balanced – just be prepared for a small visual downgrade if you do.

If you have any trouble with frames, then your first port of call is to make sure V-Sync is switched off and you instead rely on an AMD FreeSync or Nvidia G-Sync display if you own one. V-Sync can be helpful to prevent screen tearing if you have no other option, but is often the source of many other issues, including stuttering. You can also lock your frame rate if it’s proving problematic, which is off by default. And lastly, adaptive resolution makes an appearance, which you can set so that your resolution automatically adjusts if your frame rate dips below a certain marker. This is a bit of a nuclear option, as textures end up suffering, but having the option at your disposal is never bad. 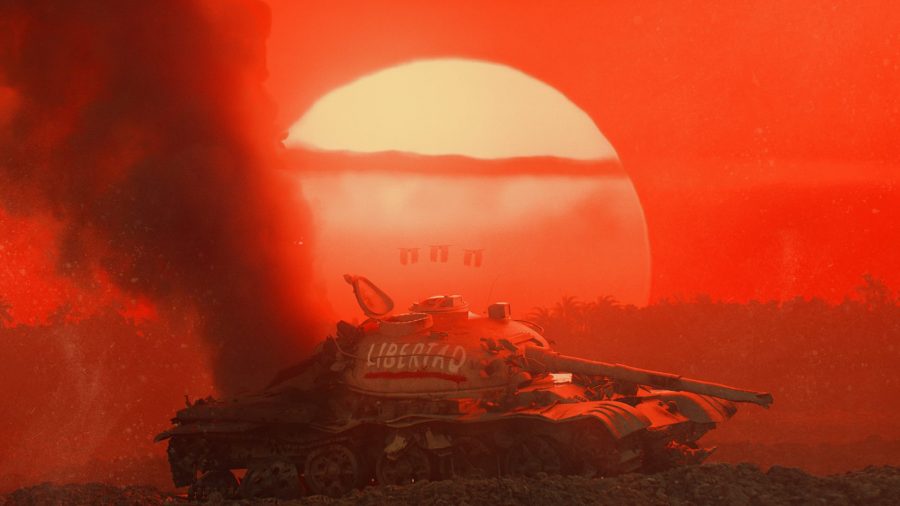 Far Cry 6 puts accessibility front and centre, allowing you to activate menu narration immediately after the James Bond-like introduction. You can toggle this on and off by pressing L on your gaming keyboard. This is followed by several accessibility presets that give you context as to how they help you play the game, but are initially a little vague in what settings they alter. You get more granular control of these when you reach the main menu and dive into the options of your own accord. These are:

You can also alter most elements of the HUD to declutter your screen, or provide as much information as you need, to make your experience the best it can be. For a more in-depth breakdown, read our Far Cry 6 accessibility settings review. 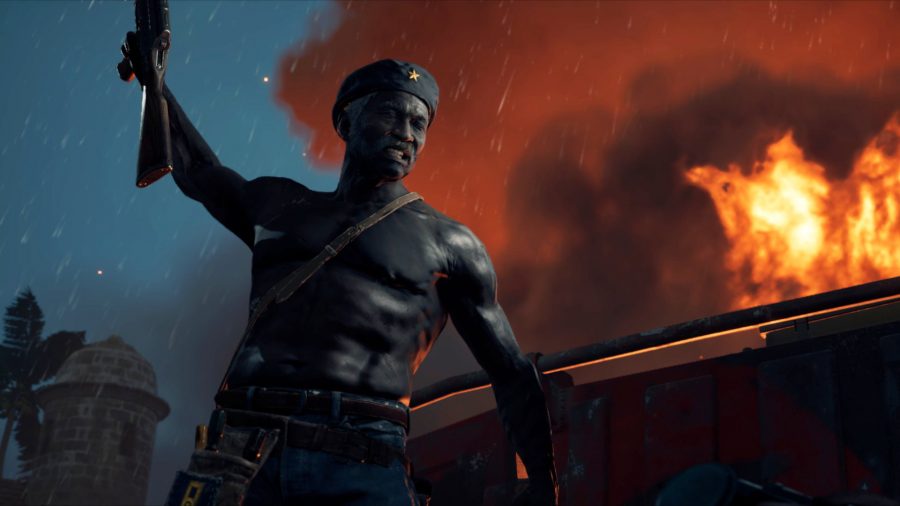 Far Cry 6 isn’t a perfect release, with a few launch issues to watch out for.

Running the HD texture pack at 4K resolution is strangely problematic, even on some graphics cards that meet the steep 11GB video memory requirement. It can result in textures not loading, or a mixture of high definition and low definition textures that’s a little jarring. The best solution to this is to avoid 4K resolution and stick with 1440p, or switch the pack off in the options menu.

Far Cry 6 has a CPU bottleneck that can hinder your performance. Fortunately, there are two workarounds you can consider. Switching HyperThreading off in your BIOS can add another 10fps onto your frame counter, and if you’re running the game through Ubisoft’s platform, disabling Ubisoft Connect’s overlay goes a long way to increasing fps, too.

There are plenty of people complaining about crashes on PC, which is something we experienced several times during testing. We were particularly affected when tinkering with ultra settings despite running an Nvidia RTX 3080 and Intel Core 10850K on our test bench, but there’s little rhyme or reason we can see just yet. Ubisoft Support suggests Windows 11 is partially responsible for hiccups for those running the new operating system, but we didn’t fare much better on Windows 10 with this particular issue.

Co-op is a problem for some who are continually served an error message that the ‘Far Cry service is not available’. It’s not clear whether this affects Ubisoft Connect players exclusively or those that own the game on the Epic Games Store, but we should have a clearer idea soon. 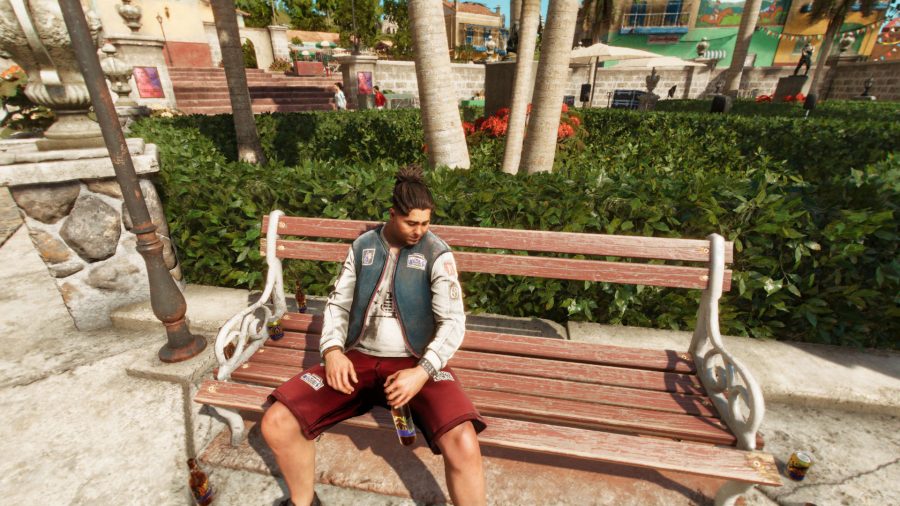 Alongside the settings that are tied to frame rate and accessibility, Far Cry 6 goes above and beyond to give you more options than ever. On top of the default 16:9 aspect ratio, the game lets you adjust the HUD for 21:9 ultrawide displays, so elements aren’t locked to the centre of your screen. Perhaps even better, the ‘fit to monitor’ option lets you keep your HUD on your main screen while extending your peripheral vision to a second one – it looks a little wonky compared to one monitor either side of your primary, but you can use your full setup how you choose.