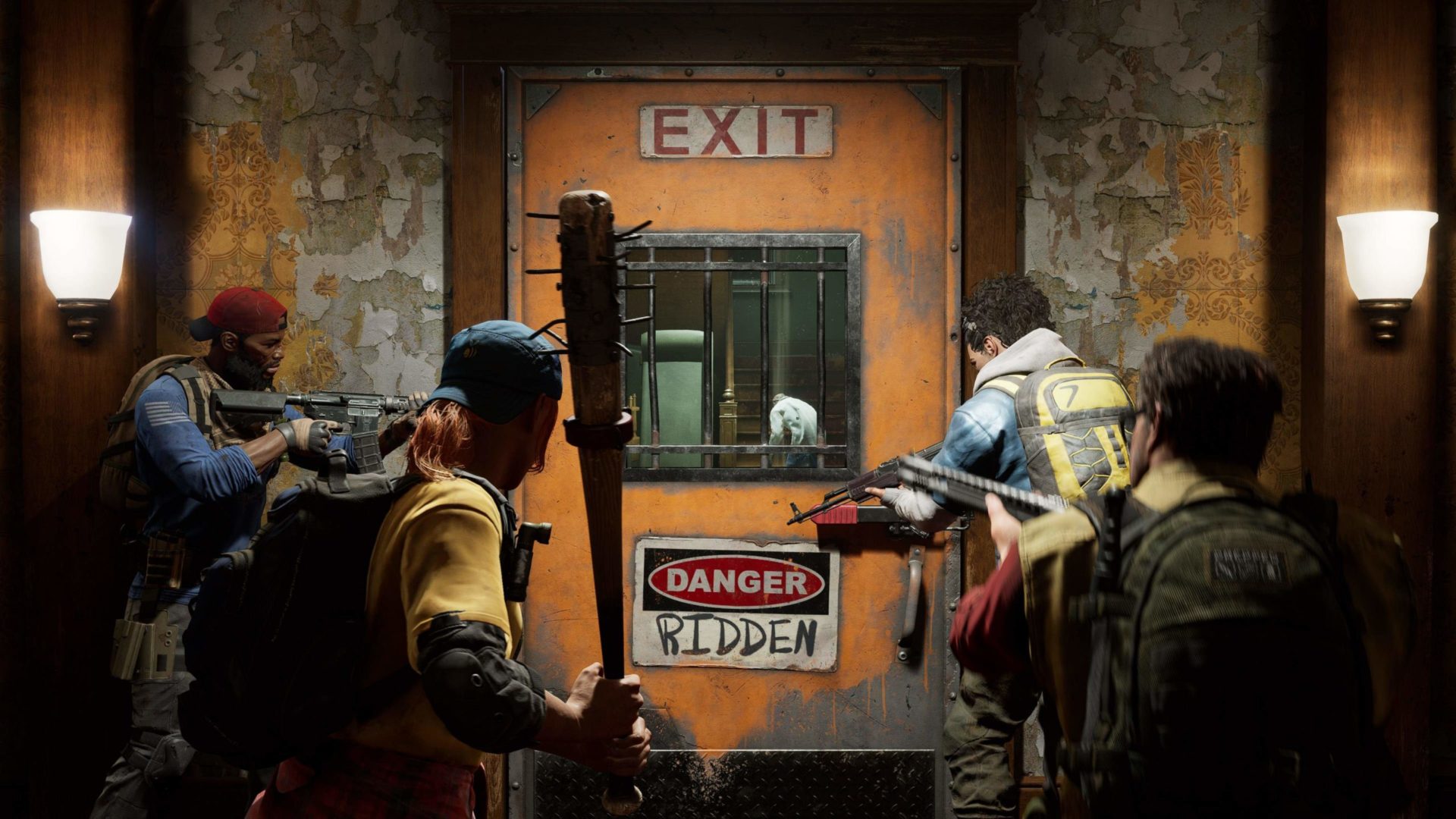 Welcome to Next Week on Xbox! Here we cover all the new games coming soon to Xbox One, Xbox Series X|S, and Windows PC as well as upcoming Xbox Game Pass and soon-to-be released [email protected] games! Get more details on these games below and click their profiles for pre-order details when available (release dates are subject to change). Let’s jump in!

Available day one with Xbox Game Pass: Back 4 Blood is a thrilling cooperative first-person shooter from the creators of the critically acclaimed Left 4 Dead franchise. Experience the intense 4 player co-op narrative campaign, competitive multiplayer as human or Ridden, and frenetic gameplay that keeps you in the action. Back 4 Blood will also be playable for Windows PC.

Intimidate, sweettalk, resort to violence, write poetry, sing karaoke, dance like a beast, or solve the meaning of life. Disco Elysium is the most faithful representation of desktop role playing ever attempted in video games.

Catty & Batty: The Spirit Guide is a casual couch co-op puzzle game, inspired by Lemmings and tower defense game! Build a path to guide spirits home across a 30-level campaign.

Enter a puzzle experience that defies conventional design. For those who love to hone their skills through practice, trial and error, determination and relentless replay, Immortus Temporus is for you. Stages have numerous ways to beat them. Crashing into hazards will deactivate them and teleport the player back to the spawn point, allowing free passage from A to B, but is that the fastest route

Doctor Who: The Edge of Reality – October 14

Join the Doctor on a quest to save the universe from an unstoppable new nemesis in this compelling first-person adventure.

A 3D boss rush bullet hell based on time. This means that you must face every boss and defeat them before your time runs out! Time is money and health, so buying abilities or being damaged will reduce your remaining combat time. Good luck!

A visual novel where you play as a beleaguered henchman working for a bumbling supervillain, and a slice of superhero satire packed with colorful characters and meaningful choices. Even henchmen have bills to pay, and sometimes, even henchmen can make choices that change.

Plan a game night with the looping lunacy of Drawful Animate, scrambled sentences in Job Job, surveys and teamwork in The Poll Mine, doodling and deduction in Weapons Drawn and chance and trivia in The Wheel of Enormous Proportions.

A news crew breaks into the old, abandoned home of an executed serial killer Anthony Smith, planning to shoot a salacious haunted house story. But is the notorious Easter Ripper dead or is he waiting inside, ready to wipe them out one by one? Who will survive, and what will be left of them in “5th gen” survival horror game.

Enter the Ring of Pain, a roguelike card crawler where encounters come to you. Each step around the ring is a dire decision. Go for the loot or backstab a creeping horror? Meet strange friends bearing gifts and treasure. Choose your gear wisely to survive and discover secrets.

Available day one with Xbox Game Pass: You are an elite scientist/commando inside an advanced Mecha-Suit. Enter a one-way portal to a distant planet with the purpose of building up a base that will allow travel back to Earth and further colonization. Build up your base, collect samples and research new inventions to survive.

Vzerthos: The Heir of Thunder – October 14

A 2D isometric old-school techno-fantasy styled top-sown shooter. Your arsenal includes skills of the Thunder God’s heir and three types of guns — use them to slice, dice, burn, and blow up your enemies!

Stop the wicked schemes of an evil pharaoh before your city is annihilated in this heart-stopping match-three adventure! With standard, advanced, and untimed modes, Ancient Stories: Gods of Egypt offers a thrilling experience for every player.

Become the blade that destroys demons! Walk the path of Tanjiro Kamado and experience the story depicted in the anime “Demon Slayer: Kimetsu no Yaiba” as Tanjiro fights to restore his sister Nezuko’s humanity and battle the demon threat! Or play Versus mode that allows up to two players to battle in offline or online 2v2 battles with any combination of characters! Rise up to become the strongest of the Demon Slayers!

In the year 1992, Gleylancer was released as an iconic space shooter. Our heroine pilot decides to hijack the prototype fighter and go after her missing father. Get ready to shoot your way through battalions of hostile aliens as you guide your ship safely across the universe.

Experience EA Sports NHL on one of the industry’s most powerful game engines bringing unrivaled visual detail to every hit, deke, and shot. Superstar X-Factors let you feel the personality and power of NHL superstars with an all-new ability system that unlocks the unique skills of the league’s most elite players. Authentic to real player skill and style, the stars of the NHL truly come to life in EA Sports NHL 22 making their time on ice more influential than ever. Xbox Game Pass Ultimate members with EA Play can hit the ice today with a 10-hour free trial.

Available day one with Xbox Game Pass: Journalist Naomi Hayward is drowning in debt. Having accepted a request from The Morning Bell newspaper to “uncover the mystery of a small English town,” Naomi finds herself far from her home in New York, in Rainy Woods, known as “the happiest place in the world.”