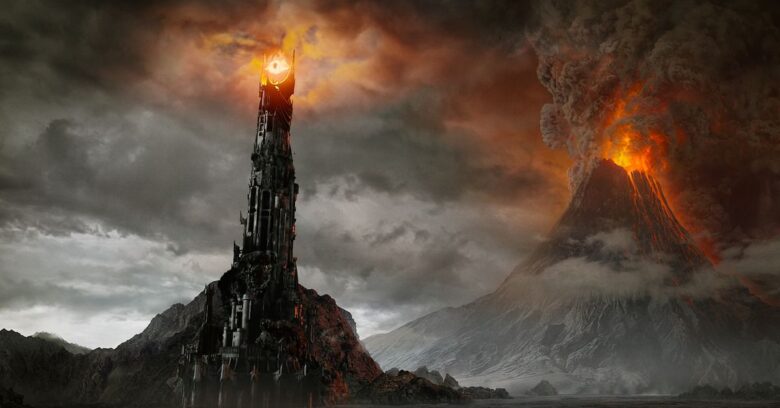 There is a mystery at the heart of the second installment of The Lord of the Rings, from Peter Jackson’s 2002 adaptation all the way back to Tolkien’s 1954 original. The Two Towers has plagued many a reader who missed the one line of the books that gives the answer, and many a movie watcher who has thought to themselves: “Wait… is there even a second tower in this movie?”

The mystery, of course, is: Which towers are the two towers?

Contents of this Article show
1 2021 marks The Lord of the Rings movies’ 20th anniversary, and we couldn’t imagine exploring the trilogy in just one story. So each Wednesday throughout the year, we’ll go there and back again, examining how and why the films have endured as modern classics. This is Polygon’s Year of the Ring.
2 One book to rule them all
3 Which towers are the Two Towers?
4 Oh no, is this about 9/11?

2021 marks The Lord of the Rings movies’ 20th anniversary, and we couldn’t imagine exploring the trilogy in just one story. So each Wednesday throughout the year, we’ll go there and back again, examining how and why the films have endured as modern classics. This is Polygon’s Year of the Ring.

In another setting, perhaps, this would be an easy thing to figure out, but the geography of Middle-earth nearly bristles with spires of one kind or another, from Saruman’s tower at Isengard; to the steeples of Minas Tirith, capital city of Gondor; to Barad-dûr, the perch of the Eye of Sauron — and all of them play large roles in The Lord of the Rings.

But it’s a valid question, one that even J.R.R. Tolkien waffled on for the majority of the time he was writing The Fellowship of the Ring. And it came back to plague Philippa Boyens, Peter Jackson, and Fran Walsh when it came time for them to convert The Lord of the Rings into three movies.

When you really get down to it, The Two Towers just isn’t a very good name for the middle installment of The Lord of the Rings. But then, it was never supposed to have a name at all.

One book to rule them all

Tolkien envisioned The Lord of the Rings as a single book told in six named sections, not a trilogy. But his publishers were wary of the high price of paper in post-war England and thought that readers would balk at the sight of a thousand-page tome, so they mandated that it be split into three parts with two sections each.

This meant that Tolkien had to come up with names for the three parts. The second book in the trilogy, containing sections III and IV of the 6-section epic, proved to be a challenge. Section III followed linearly from Section II, covering about a week of the adventures of Aragorn, Legolas, Gimli, Gandalf, Merry, and Pippin in Rohan. Section IV leapt back in time a week to pick up with Frodo and Sam and then continued for over two weeks of time. At no point did these these two sections intersect.

Eventually Tolkien settled on The Fellowship of the Ring, The Two Towers, and The Return of the King, so that the titles of all three books could be included in the first printing of The Fellowship to entice the satisfied reader. According to his biographer Humphrey Carpenter, he initially wrote to his publisher Allen & Unwin that the towers the title referred to should be left ambiguous.

Then, he wrote that he was attempting to decide on specific towers, but was waffling between three different options. Perhaps the events of the book were best represented by Orthanc and Barad-dûr, the strongholds of Saruman and Sauron respectively, as the major antagonistic forces of The Lord of the Rings? Or, perhaps it was Minas Tirith and Barad-dûr, representing the last refuge of the forces of good, and the fortress of the highest evil? Or, perhaps it was Orthanc — the location of the final conflict of Aragorn, Legolas, Gimli, Gandalf, Pippin, and Merry’s Two Towers adventures, where Gandalf strips Saruman of his wizardly powers — and the tower of Cirith Ungol — the location of the cliffhanger climax of Sam and Frodo’s Two Towers arc, where Frodo is captured alive by orcs and Sam is left to bear the One Ring to Mount Doom alone.

I wish I could tell you it was any of these, but unfortunately, a month after that, Tolkien settled on none of those combos.

Which towers are the Two Towers?

As he was finishing The Fellowship of the Ring, Tolkien decided that the two towers of The Two Towers would be … Orthanc and Minas Morgul.

Minas Morgul? Are you kidding me, professor?

Odds are that right now you are thinking “If it’s not Saruman’s tower, or Sauron’s tower, or the tower that Frodo gets captured in, then what the fuck is Minas Morgul?” Minas Morgul — formerly a Gondorian city, hence the “Minas,” as in Minas Tirith — is the fortress of the Witch-king of Angmar, leader of the Nazgul. It appears in just one scene in Tolkien’s The Two Towers, in which Sam and Frodo cower as the Witch-King leads his armies out of a spooky castle, bound for Minas Tirith and the Battle of Pelennor Fields. That’s it!

And here’s the fun part: Minas Morgul doesn’t appear in the movie The Two Towers at all, because of the particular pickle that the book’s non-novelistic structure presented to Boyens, Jackson, and Walsh. If you follow the timeline of the overlapping events of The Lord of the Rings’ plotlines, by the time Frodo and Sam sight Minas Morgul, Gandalf, Aragorn, and the rest of the crew have run across Rohan twice, healed Theoden, defended Helm’s Deep, sacked Isengard, broken Saruman’s staff, walked the Paths of the Dead, and Gandalf and Pippin have reached Minas Tirith.

By the time the Battle of Helm’s Deep happens, the moment that Boyens, Jackson, and Walsh chose to button the end of their Two Towers, Frodo, Sam, and Gollum have yet to even met Faramir yet. To avoid packing a lot more content into The Two Towers than was really feasible, the trio fudged Sam and Frodo’s timeline a bit, created a narrative arc for them to overcome, and left a lot of Sam and Frodo’s book plot for 2003’s The Return of the King.

Creative demands of the adaptation meant that Minas Morgul only appeared in Return of the King, as a sickly green castle that fires a giant eldritch laser into the sky before spewing forth the armies of Mordor. So on top of the monumental task of translating Tolkien’s work to screen, Jackson and his team had to come up with their own two towers for The Two Towers, which is helpfully explained, by Galadriel, in the trailer for the movie!

But even though trailers for The Two Towers explicitly enumerated its namesake spires as Barad-dûr and Orthanc, the American psyche was already grappling with the legacy of another two towers. And through no fault of their own, the mainstream success of The Fellowship of the Ring invited some comparison-making for its much anticipated sequel.

Months in advance of The Two Towers’ December 2002 release, a man named Kevin Klerck used the now-defunct PetitionOnline.com to create the petition “Rename ‘The Two Towers’ to Something Less Offensive.” His manifesto read, in part:

Peter Jackson has decided to tastelessly name the sequel [to The Fellowship of the Rings] The Two Towers. The title is clearly meant to refer to the attacks on the World Trade Center. In this post-Sept. 11 world, it is unforgivable that this should be allowed to happen.

Unlike many of the post-9/11 reactions to the Lord of the Rings movies, Klerck was not serious, but the petition still attracted thousands of signatures and enough news coverage that I was able to corroborate my hazy 20-year-old memories of it with a quick Google search. Other search results indicate that Klerk’s work may not have been the only one of its kind; though I can’t say whether other petitions or efforts were sincere or likewise satirical.

Regardless, it speaks to the core problem with The Two Towers as a title: It’s very hard to know what the hell it means. It’s an idea Tolkien produced under editorial mandate and then — like a surprisingly large number of things in The Lord of the Rings — worked backwards to find a solution that made more sense to him than anyone else.

There are many diehard fans of the books who, 20 years on, still seethe at how Faramir had to get turned into a bad guy for the movie version of The Two Towers, in order for Sam and Frodo to have something to do while their buddies were off at the much more dramatic Battle of Helm’s Deep. But as a fellow pedantic book fan, I think we should all rally behind a new take on the film.

Peter Jackson’s The Two Towers actually improves on Tolkien’s, because it at least knows which two towers it’s about. Minas Morgul my ass.