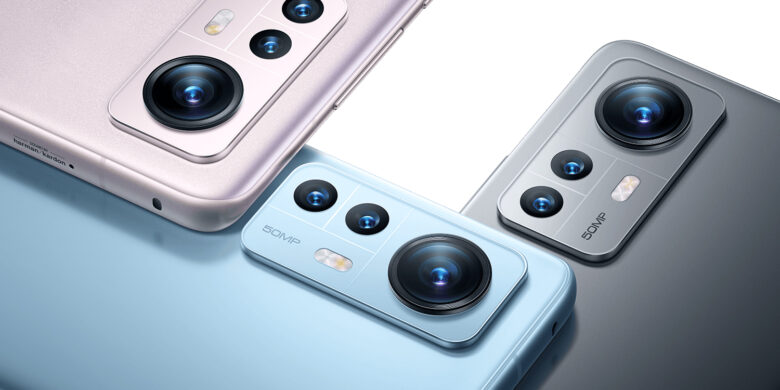 The new generation of phones will surely be something spectacular according to all the rumors and speculations. Since the race for the best phone is still not finished, every big manufacturer wants to earn its spot. They all want to come up with a device that will catch everyone’s attention and put a price to secure a better spot on the market.

Since the release plan was already held in China for their domestic market, we already know a couple of things for the new generation of Xiaomi phones. However, there are always some changes in the international release, including additional models.

Due to curiosity, we need to know what the new 12 series of Xiaomi will bring to us. That is why we have made this article, spreading the news, so we can know what to expect. Besides the date of the release, we will go through all the known specifications which is the most interesting part.

Contents of this Article show
1 When is the release expected to happen
2 Cost of the new generation Xiaomi
3 Why is there a change of branding
4 Display and overall design
5 Cameras
6 Battery
7 Additional specs
8 Other models
8.1 Related Posts:

When is the release expected to happen

Although there is not an exact date on where this event will happen, we can predict it based on the experience from the previous years. Usually, the event for China is held in the wintertime, starting from December to February.

The international release is almost always held in the springtime. The 11 series was released in March, just like the 10 series. By that nature, we can expect the event to be held at the same time this year.

Cost of the new generation Xiaomi

The exact cost for the international release is still not revealed, but we know the prices for the Chinese models, and we will compare them. The regular 12 series costs just slim from 600 dollars, the 12 Pro around the 750 margins, and the 12X around 500 dollars. These prices are just conversions from Chinese currency, so we don’t expect them to be the same.

Usually, the international devices cost more, so it is better to compare the price with the older devices that Xiaomi has released as an example. The 11 series cost about 900 dollars, while the 10 series surpassed the 1000 dollars margin. The 9 and the 8 series were drastically cheaper with a cost of around 700 dollars.

Compared with the Chinese release prices, we can notice that the 12 series is slightly cheaper than the 11. For that reason, we expect the price for the international models to be around 900 dollars, the same as the 11 series, if not slightly cheaper. That is slightly being proven with the Indian cost, which is usually not far from the global price.

Why is there a change of branding

As a marketing strategy, to make the name simpler and accessible for the global audience, the company renamed its high-quality devices to Mi. Since they have reached the goal of finding a great market placement, and almost everybody knows their brand, they decided to stick with the full name of Xiaomi.

That is why we expect the new 12 series to go by the full name of Xiaomi. Although it does not change anything for us, it is still nice to know this. In the end, we are getting a device with great characteristics, that easily goes toe to toe with all the other great companies. And what matters most is the affordability compared to the others, which is always great.

One interesting thing related to the 12 series is the size of the display. It will be smaller than all the previous generations, and all of the competitors, coming at 6,2 inches. However, if you want a larger device, you should consider the Pro version, which has a screen of 6,7 inches.

Besides the screen, they both look the same with a size difference. The curves on the screen are still present, with a hole on the top for the front-facing camera. On the back, we have a larger squarish portion for the cameras, with one large hole for the main, and two smaller holes for the secondary cameras. The colors that these devices will come with are the usual grey and black, in addition to blue and pink variants that you can choose.

The main camera of both 12 series devices is the same coming with a 50mp and 1.9 aperture. Another similarity is the front-facing camera with 32megapixels. All of the other lenses are different.

If we talk about capacity, there is nothing out of the ordinary. The 12 Pro comes with 4600mAh, and the regular 12 series is just a hundred shorter. They both come with the option to charge them wirelessly, and an option to transfer power to another device.

However, things get interesting in the wired compartment. The Pro version has 120 watts of charging power, which should replenish the battery extremely quickly. On the other hand, the regular 12 version has only 67 watts, which is also efficient, but not like the pro version.

The processing power has been increased from the previous versions, so both these devices come with a 1 generation of snapdragon 8. The storage comes with 256 gigabytes, and ram with 8 or 12 gigs depending on your selection. They come equipped with great speakers coming from Harman Kardon, so we can’t wait to test them out. Both these phones run on android 12, with the 13th version of MIUI.

Although there is one other model that has been released, that is the 12X, it is believed that we won’t see him released globally. However, there are expectations of other models that will be more affordable for budget-friendly customers. In addition, there is a rumor of an Ultra version coming up in the middle of this year with upgraded specs. That will surely make a great device that might put Xiaomi on top over the competitors.