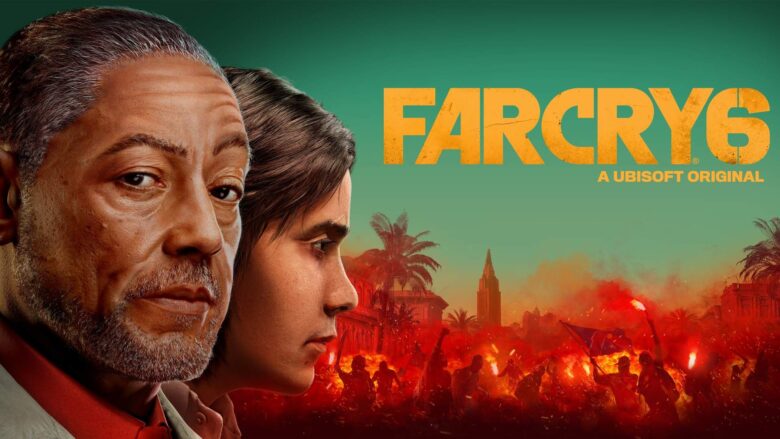 Far Cry 6 is out now on Xbox One and Xbox Series X|S, opening the Caribbean island nation of Yara for exploration – and for the wreaking of revolutionary havoc. As Dani Rojas, a military dropout-turned-refugee-turned-freedom fighter, you’ll battle across a vast, tropical open world, using improvised weaponry and guerrilla tactics against the brutal regime of dictator Antón Castillo (played by Giancarlo Esposito) and his son/reluctant protégé, Diego (Anthony Gonzalez).

Taking down Castillo will take a lot of firepower, and Far Cry 6 puts plenty of options at your disposal. For starters, there are the aforementioned improvised “resolver” weapons, which range from a jury-rigged flamethrower and a silent nailgun to an EMP blaster and a shotgun/collapsible shield combo that lets you throw mechanized punches. They’re accompanied by Supremos, specialized backpacks that can launch missile volleys, equip you with a fiery air dash, and more.

You’ll also discover a wide range of wearable gear, including chest, head, and other pieces that augment Dani with new perks and abilities. A wide variety of conventional weapons can also be looted or bought throughout the world, and these can be modded with new scopes, suppressors, ammo types, and more. Finally, you can hijack and store your own fleet of vehicles, including military jeeps and still-pristine 1950s cars, as well as customizable weaponized rides, tanks, planes, and helicopter gunships.

It all adds up to an arsenal that can support any playstyle, whether you want to go quiet, loud, really loud, or incredibly, explosively loud. Wreak enough havoc, though, and you’ll attract attention from Castillo’s elite troops – at which point it’s sometimes best to run away, holster your weapons, and blend in with the civilian population until the heat dies down.

In any case, you can’t fight a revolution by yourself, so as the newest recruit of revolutionary group Libertad, you’ll venture into regions held by other rebel factions, meet their leaders, and enlist their help in the greater struggle by solving their more immediate problems with Castillo and other threats. And as you make friends throughout Yara, you’ll also get to call on Amigos – adorable and deadly animal companions that can help you out by distracting or attacking your enemies. Why fly solo when you can enlist the help of Guapo, the gold-toothed crocodile, or Chorizo, the attention-grabbing wiener dog?

The revolution starts today on Xbox One and Xbox Series X|S, and the action doesn’t stop there. Free post-launch events and content updates are on the way, including crossover missions with Danny Trejo and Rambo. Far Cry 6 Gold Edition also includes the Season Pass, which grants access to the remastered Far Cry 3 Blood Dragon: Classic Edition as well as three DLC episodes in which you’ll play as villains Vaas Montenegro, Pagan Min, and Joseph “The Father” Seed.

There’s plenty to discover in Yara, and even more to blow up as you fight to pry Castillo’s fingers from the land. Embrace the “resolver” spirit and get creative with your destruction – you’ve got a revolution to win.

Welcome to Yara, a tropical paradise frozen in time. As the dictator of Yara, Antón Castillo is intent on restoring his nation back to its former glory by any means, with his son, Diego, following in his bloody footsteps. Their oppressive rule has ignited a revolution.

– Play as Dani Rojas, a local Yaran, as you fight alongside a modern-day guerrilla revolution to liberate Yara!
– Fight against Castillo’s regime in the most expansive Far Cry to date, through jungles, beaches, and Esperanza, the capital city of Yara.
– Employ an arsenal of resolver weapons, backpacks, and vehicles to take down Castillo’s ruthless regime.

Far Cry® 6 Gold Edition includes the game and season pass (3 new DLC episodes) where you play as your favorite Far Cry villains. Pre-order now to get the Discos Locos weapon and an outfit for Chorizo.

– Play as Dani Rojas, a local Yaran, as you fight alongside a modern-day guerrilla revolution to liberate Yara!
– Fight against Castillo’s regime in the most expansive Far Cry to date, through jungles, beaches, and Esperanza, the capital city of Yara!
– Embark on three new twisted adventures in the season pass as you play from the perspectives of Vaas, Pagan Min, and Joseph Seed.
– Far Cry® 3 Blood Dragon Classic Edition brings the retro-futuristic Kick-Ass Cyber Shooter to current-gen consoles.

Get the complete Far Cry® 6 experience with the Ultimate Edition, including the game, the Ultimate Pack, and the season pass (3 new DLC episodes and more). Pre-order now to get a deadly Discos Locos weapon and an outfit for Chorizo.

Play as Dani Rojas, a local Yaran, as you fight alongside a modern-day guerrilla revolution to liberate Yara! Fight against Castillo’s regime in the most expansive Far Cry to date!