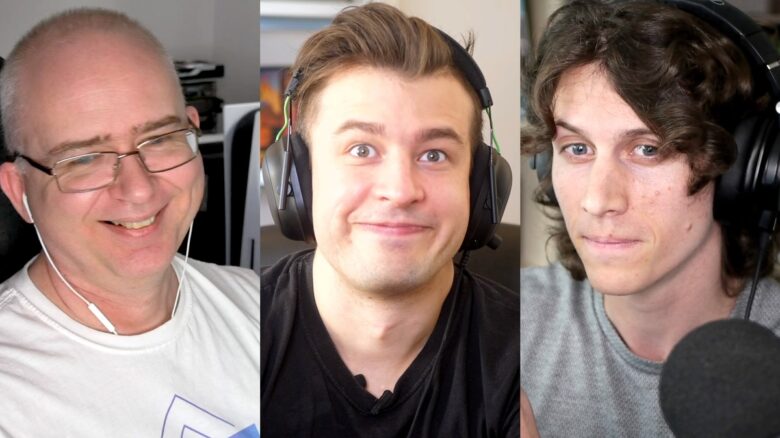 Plus: Far Cry 6 is emailing us and we want to email back.

Another week, another DF Direct Weekly and our show kicks off with the re-reveal of Halo Infinite’s campaign – the source of much controversy upon its initial showing last year. From my perspective, it’s a solid showing with clear improvements in many areas of the visual presentation, plus a lot more thought put into the edit. However, questions persist: we’re still only seeing just one environment when the initial engine reveal promised so much more. Also, it’s not yet clear what Halo has to gain from its metamorphosis into a full open world beyond upgrade paths and resource management – but with just over a month before release, answers should be forthcoming in short order.

Beyond that, the team discuss last week’s full-throated reveal of the Intel 12th Gen Core architecture, which is perhaps so radical, Intel might have perhaps considered dropping the Core brand altogether and coming up with something new to hammer home the scale of the achievement here. Running on a new fabrication node and combining more powerful performance processing cores with smaller efficiency cores, single thread performance looks state of the art, while multi-core capabilities seem to be up there with AMD’s brilliant Ryzen 9 5950X – the CPU that I chose myself for my own workstation. Power efficiency? Well you can ramp up the processor to max power for best performance, but there are still remarkable perf per watt gains against prior Intel chips at lower power points.

We also cover a couple of Sony stories. There are rumours that PS4/PS5 title Sackboy: A Big Adventure is coming to PC, and if true (we’ve heard that it is) this opens the door to a range of possibilities, principally owing to its Unreal Engine 4 foundations. We saw Sony push the boat out to a certain extent with Days Gone, which scaled beyond the console versions in significant ways, and UE4 has so much more to offer in the PC space, whether it’s increased fidelity, ray tracing and DLSS. It’s an enticing proposition. We also quickly discuss the recent Sony State of Play – an interesting diversion from the usual triple-A fare, highlighting less prolific games, with mixed results.

There’s also some chat concerning the remarkable emails Far Cry 6 is sending its user base, essentially goading them with statistics in order to lure them back into the game. It’s an interesting tactic from Ubisoft, and we can’t help but wonder whether it would be possible for us to email back in a similarly cheeky vein?

We also spend a bit of time discussing the recent changes to the DF Supporter Program and the promise of the content to come – but the main takeaway for now is that early access to the show is available every Saturday, typically at 2pm in video, download and private RSS podcast feeds. And yes, for everyone else, the Weekly goes live on Monday afternoon on YouTube and yes, there’s also a public RSS feed for podcasting purposes available.

Membership has its privileges though, including the ability to get some questions answered on the show (though full free to ping us on Discord!). We get down to the nuts and bolts of how sub-native rendering works and who or what does the actual upscaling, we talk about whether we’ve ever been blacklisted by any publishers, whether we have plans to test Nvidia’s remarkable low latency claims for GeForce Now, and whether mainstream consoles and TVs will ever push beyond 120Hz support. Finally – commentary on Tom Morgan’s remarkably dense hair and his grooming regime. Unmissable stuff.