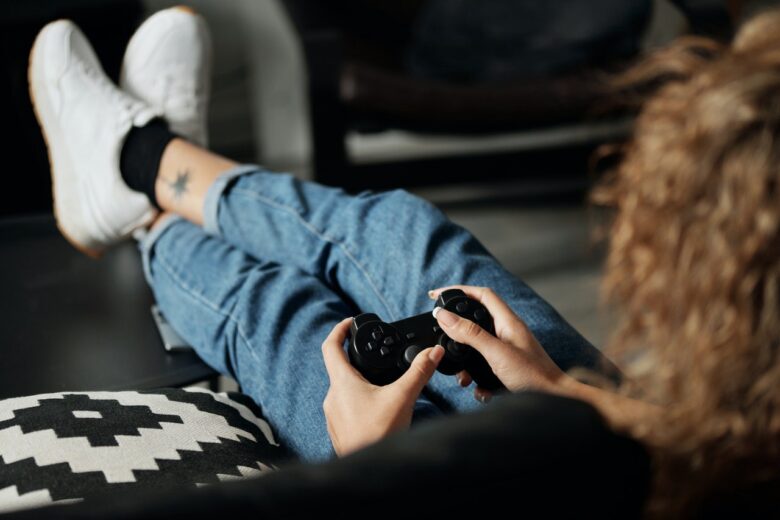 When people think of the blockchain, they typically think of the digital currencies that use it. However, blockchain is a very broad technology, useful in numerous industries, including gaming. In this article, we will be focusing specifically on its impact on this industry.

Contents of this Article show
1 In-game Purchases
2 Play-to-earn Models are Taking Off
3 In-game Asset Security
4 Players Now Own Their In-game Assets
5 New Opportunities for Developers
6 What are the challenges of blockchain in the gaming industry?
6.1 Related Posts:

Game developers are always trying to make it easier and cheaper for their players to purchase in-game assets. First of all, currencies transferred through traditional payment processors incur serious fees and can sometimes take longer than a player would like.

Cryptocurrencies are making these transactions easier, faster, safer, and cheaper for players and game developers alike. Many blockchain and gaming startups have already noticed this, and we have seen numerous game developers and development studies incorporate these payment options into their games.

Play-to-earn Models are Taking Off

Blockchain gaming has made it possible for players to earn while they enjoy the many blockchain games available. Play-to-earn (P2E) is quickly becoming an alternative way of making money for a lot of players, especially those in developing nations.

Players from countries such as the Philippines, Argentina, and Brazil make up a sizable number of players earning from playing these games. The potential for P2E is great for developers who have to create the tokenomics that are used inside these games.

For businesses and investors, this is a great opportunity to invest in something different. Players, developers, and businesses can find out more about blockchain games and play-to-earn through the provided resource.

Hackers like targeting centralized servers because they are one big target whose payoff is worth it even though the breaching effort might be substantial. Once they break the encryption, they can take whatever they want.

Blockchain is changing this in the gaming industry. Players can store all their in-game digital assets in their blockchain wallets. For example, Enjin has a wallet that allows users to store their in-game assets. They already have SDKs available for developers to integrate this option into their games, too.

Players Now Own Their In-game Assets

With most games, you do not really own your in-game assets. You can lose these assets if you delete the game, for example. Blockchain games use smart contracts to ensure transactions, and this is what makes the difference.

Smart contracts are fulfilled when certain conditions are met. They are irreversible, meaning that if you use a smart contract to purchase in-game assets, they are transferred to your address. Because all transactions are recorded in the blockchain, they are immutable and so no one can transfer your assets.

Talented developers with ideas for great games might not necessarily know how to develop these games. It will take some time to land a job so a game studio helps you develop the game, or you might take the longer route to learn game development.

Instead of doing either, you can take advantage of the available tools that help developers create DApps. There are lots of resources that help you develop blockchain games and release them so players can start enjoying them.

Blockchain technology is changing many industries, including gaming. Its potential is huge and because it is still relatively young, there are still a lot more people who will do it in the future. We can only wait.

What are the challenges of blockchain in the gaming industry?

Although blockchain is doing a pretty good job at improving the gaming industry, there are some challenges too. These challenges are not impossible to overcome. Only a little bit of knowledge is all everyone needs.

It will be better for gaming companies to provide a detailed description of the technology at various events. In this way, the gaps between people and technologies will be reduced. As people know more about this technology, they will feel encouraged to try those games. They might also help promote them to their family and friends. So, that is a good thing about this strategy.

Gamers can play all kinds of games. But when it comes to paying money, they hesitate because some scammers are also present. It is not a safe way to play with cash. Also, not every individual can afford the transaction fees.

The rules and regulations controlling blockchain technology might differ in every country. The gamers need to think about this and then research accordingly.

High competition is also responsible for the lack of interest in making these games. Developers think of better alternatives than focusing on this technology. It provides them a sense of doing something phenomenal after failing.

The only way to improve the customer experience is to make some game changes. But that is possible when gaming companies understand their strengths and weaknesses.