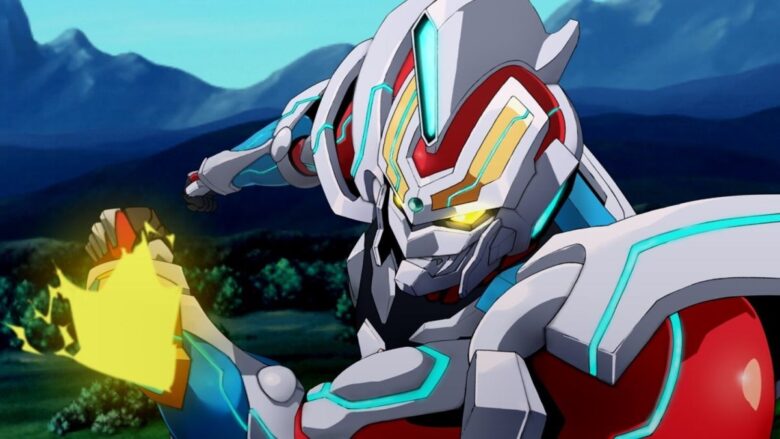 Imagine the world’s most self-indulgent work of anime fanfic: Characters from mismatched universes hanging out, going on adventures, and saving the multiverse from a rogue’s gallery of familiar villains. Whatever you’ve pictured—no mater how over-the-top—it’ll almost certainly be dwarfed Super Robot Wars, a 30-year-old strategy-RPG series that mashes together dozens of anime shows to create ridiculous patchworks of stompybot violence.

For the 30th anniversary of the series, publisher Bandai Namco has finally cut (or bought) its way through a hell of licensing red tape to take this nonsense worldwide. The series has until now almost always been stuck in Japan. But Super Robot Wars 30 launched in the west on Steam last week, and as a longtime SRW fan who kept up through imports and unofficial translations, I couldn’t be happier. Let me tell you why you should be, too.

First let me temper some expectations: if giant anime robots and their pilots aren’t your thing, or if you don’t know a Gundam from a Getter Robo, you’re going to feel a little lost. At heart, the SRW games are good if not mindblowing strategy RPGs in the vein of Fire Emblem, Disgaea or similar. They can be a little too easy unless you crank the difficulty settings up or deliberately limit yourself, and with a little min-maxing, you can break them over your knee. Still, give Super Robot Wars a chance to work its magic and these flaws are easily overlooked.

Without spirit, SRW 30 would be a forgettable experience. But if there’s one thing this game—and series—has in spades, it’s character. These games feel like they’re written by excitable teens whose heads are buzzing with what-if scenarios. If mecha anime characters have any place in your heart, these stories are weapons-grade wish fulfilment. The enthusiasm really is infectious.

Familiar heroes get put through the wringer but come out the far side happier, stronger and better supported for it. Tragedies averted, fates broken. It’s melodramatic stuff. Despite some wild plotting to bring all these settings together, characters react authentically, even as they get tied up in an increasingly strange new story.

SRW 30 drops players into a hybrid world simultaneously set before, during, and after several anime shows, all tied into a bespoke story about a band of teens commanding a semi-sentient spaceship on a quest to save Earth (whew!). The events of Mobile Suit Gundam, Mazinger Z and Code Geass have already played out by the start of the game, while SSSS Gridman and Brave Police J-Decker are just about to begin. Another show called Knight’s & Magic is featured here, and its protagonist (a teenage mecha anime nerdling named Ernie) is profoundly genre-savvy. His excited meta-commentary brings playful comic relief to SRW 30’s many battles.

And oh, what battles there are.

SRW battles are all about big numbers and big anime explosions

Be ready for dozens of giant robots fighting each other, plus kaiju and aliens and even weirder things. The strategic battles are bookended by visual novel-style dialogue sequences, and missions often recreate famous scenes from the featured shows, but with added crossover twists and fresh scenarios featuring new characters and villains to hold everything together. And there’s plenty of opportunity for what you’re probably here for: big anime explosions.

The fights look and sound authentic. Every iconic attack is animated in gorgeous full-screen detail with all the cut-ins, voice acting and appropriate theme music intact. You’ll probably start skipping lengthier animations when you’re cutting through fodder enemies, but even after years of dabbling in the series, I still let the more dramatic exchanges play out in full.

Under the hood you’re looking at a lot of numbers. Every mech and its pilot has an extensive stat sheet of abilities and perks. There are special rules for how smaller house-sized mechs deal damage to massive skyscraper-sized titans (and vice versa) and several flavours of levelling and experience. Mechs, pilots and your carrier-mothership can be separately upgraded and customized, and pilots can even be assigned to different vehicles later on.

Unless you’re deliberately restricting yourself, there’s a lot of room for expressive play in SRW 30, even on higher difficulties, giving it the feel of playing with a kid’s toybox. You’re free to pump resources into your favourite action figures to turn them into mechanical gods, or try to create a balanced tactical force with synergised skills that support each other.

SRW 30 is the biggest of these toyboxes yet, with characters and units from 22 different shows and movies, plus a smattering of all-new characters and mecha. And there are still five more crossovers coming as DLC. Even if you’re not familiar with all the shows featured, SRW 30 acts as a fine introduction. I know I’ll be checking out some of the worlds introduced here—most are easily streamed on services like Crunchyroll.

Crossovers are much more commonplace these days than when Super Robot Wars began in 1991. We live in a world with Fortnite and Dead By Daylight parading out seasonal tie-ins, and where Kingdom Hearts offers a whirlwind tour through Disney’s back-catalogue loosely connected through high anime camp. What makes Super Robot Wars special is that these characters and the worlds they come from are much more tightly connected. Each game creates a whole new hybrid setting from its component parts, with a history-laden glossary to pore over. Almost all of them stand alone.

Aside from being the first mainline game released outside of Asian territories, SRW 30’s most defining feature is its non-linearity and expandability. Typically, SRW games are lengthy, linear mission-to-mission progressions, occasionally branching and converging back onto the main plot. SRW30 gives you a choice of protagonist and route straight away, and once a handful of tutorial prologue missions are done, you’re given surprisingly free rein.

Just beyond the tutorial battles, I found myself presented with a head-spinning 27 missions available to be played in any order, and mainline story missions scale in difficulty to a degree, encouraging you to pick your own route. And this is just the first act of the story. These are typically not short games, and it’ll probably take me weeks to finish it once. My next replay will be even longer.

While previous SRW games have dabbled with DLC, 30 has two major expansions coming, each adding 13 story missions and nine robots from even more universes. The first wave will include Sega SRPG franchise Sakura Wars and the recently Netflix-adapted Ultraman. Inquisitive dataminers have found files hinting at a second season pass featuring even more missions and crossovers.

Is there such a thing as too much anime? Bandai Namco clearly aims to find out.

The tradeoff is that this anime excess doesn’t come cheap. While SRW 30 is massive by itself and one of the cheaper entries in the series, if you want the ultimate edition you’re looking at putting down a hefty $105/£80 if you don’t wait for a discount (and that’s not counting potential future season passes).

Much of the ultimate edition’s steep price-tag comes from the Premium Sound DLC, which adds (expensively licensed) vocal themes from every series featured, replacing the default instrumental covers. Purely aesthetic, but I feel the music adds a lot. Still, SRW 30 has a fully customizable soundtrack, so if you wanted to replace each track yourself from your own 100% legal collection, there’s a menu for that in-game. You can even assign different music to individual attacks, if you want to get fancy.

If Super Robot Wars becomes your new obsession, then there are a whole lot more games to play if you don’t mind putting in a little extra legwork. SRW 30 is a fine place to begin, but it’s not actually the only SRW game to be released in English on Steam—it’s just the first that isn’t region-locked to Southeast Asia. There are more to pick from if you’re willing to work around that limitation. Just remember that Valve says that using a VPN to change your region “is strictly against the Steam Terms of Service and may result in restrictions on your Steam account.”

Bandai Namco has previously released the Super Robot Wars OG series worldwide. Super Robot Wars OG is a spinoff without any of the crossover third-party characters. Some of these games have been localized, although not quite as fluently as recent outings. Some OG characters even make an appearance in SRW 30, with more coming as DLC. And if all that still isn’t enough, there are another eleven games localized by fans, and another seven translated enough to be playable, though you’ll be missing out on the story if you can’t read Japanese.

To start with the newest and shiniest, Super Robot Wars 30 is out on Steam for $60/£40. The pricier deluxe edition includes the season pass, and the ultimate edition adds the official vocal theme songs on top, too.