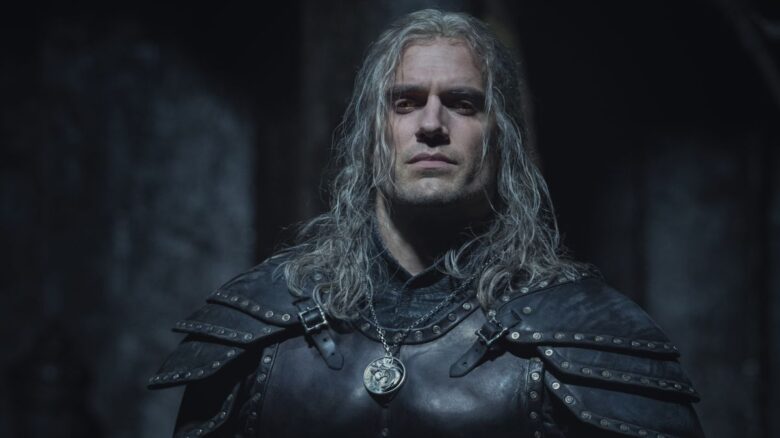 The Witcher season 2 is almost here: The Netflix show about our favorite monster hunter returns December 17, 2021 for its second season, and will see Geralt and Ciri travel to Witcher keep Kaer Morhen. Other popular Witcher characters, such as Vesemir, Eskel, and Lambert, are slated to show up in this season.

The show is based on Andrzej Sapkowski’s Witcher books (and not the games, which is how we were introduced to Geralt and friends), and its first season set the scene with a disjointed series of vignettes. In the second season, we expect a more linear approach as Geralt and Ciri explore their intertwined destinies.

The Witcher season 2 was slowed down by Covid-19 precautions, but wrapped up filming in April 2021, and is now deep in post-production. Here’s everything we know about The Witcher’s second season and what you can expect.

The Witcher season 2 release date is December 17, 2021. The full eight episode season will be available to watch on Netflix when it releases.

The date was announced during WitcherCon in July, and puts the second season two years after the first one, which released in December 2019.

Production on The Witcher season 2 had a couple delays due to the Covid-19 pandemic. Netflix suspended production on all of its shows during the first several months of the pandemic. The Witcher cast reunited on set starting on August 17, 2020, and then filming was halted in November 2020 due to four crew members testing positive. It was resumed, but in December 2020, Henry Cavill suffered a minor injury on set that slowed filming again.

Filming for season 2 wrapped at the beginning of April 2021, and Hissrich announced in May that Netflix was “deep into post-production” on season 2.

There are “clues” in the titles, Netflix says, and it has named all of them except for the season finale. Here they are:

The Witcher season 2 starts with A Grain of Truth

Though we’ve known the episode titles for a while, Netflix has announced that the first episode of The Witcher season 2 is adapting the Andrzej Sapkowski short story A Grain of Truth. This story originally just features Geralt as he meets the cursed part-beast, part-man Nivellan, but the show has adapted this tale to include Ciri. You can watch showrunner Lauren Hissrich discussing it below:

THE WITCHER Season 2 premiere episode is adapting the Andrzej Sapkowski short story A Grain of Truth. Here’s what you need to know about how @LHissrich is bringing the beloved Witcher tale to life with Geralt and Ciri. pic.twitter.com/Y0J11I3UMxAugust 5, 2021

Four familiar witchers are joining the cast for season 2. Firstly, Geralt’s grizzled old father figure Vesemir will make an appearance, played by Kim Bodnia. He’s the oldest and wisest living witcher in the world on top being the man who raised Geralt at Kaer Morhen from a young age—he made Geralt the witcher he is today (literally). The other three are Eskel, who will be played by Thue Ersted Rasmussen, sarcastic jerk witcher Lambert, who will be played by Paul Bullion, and Ciri’s sword combat trainer Coën, who will be played by Yasen Atour.

Another interesting casting note: Kristofer Hivju will play Nivellin. Fans of the books will likely recognize that name from The Last Wish, one of the most popular Witcher stories. Hivju, who played Tormund Giantsbane in Game of Thrones, is as close as it comes to perfect casting.

Here are the new faces in The Witcher season 2:

What’s the plot of The Witcher season 2?

Netflix has released the teaser for The Witcher’s season 2 plot. “Convinced Yennefer’s life was lost at the Battle of Sodden, Geralt of Rivia brings Princess Cirilla to the safest place he knows, his childhood home of Kaer Morhen. While the Continent’s kings, elves, humans and demons strive for supremacy outside its walls, he must protect the girl from something far more dangerous: the mysterious power she possesses inside.”

Based on some photos captured by Redanian Intelligence during filming, it sure looks like season 2 will include the wild hunt. The Wild Hunt are the final enemies and subtitle of The Witcher 3, while readers of the novels will recognize them from their pursuit of Ciri beginning in the fourth book, Time of Contempt. We don’t know just yet how large of an appearance these spooky riders will make.

We’ve also been told that the plot of season 2 will be much more linear. Now that all of The Witcher’s main characters are together in one place (and one time), Season 2’s timeline will be much easier to follow, Hissrich explained in an AMA with fans. That said, the simpler timeline lets the writers use time in a way they couldn’t in Season 1. Season 2 will use flashbacks to explore Geralt’s past, for instance.

According to showrunner Lauren Hissrich, season 2 will also “dig deeper into Cahir and Fringilla,” the bad guys of the plot thus far. If that’s not sounding super familiar, Andy Kelly has recapped each episode from The Witcher’s first season in case you need a refresher before season 2:

Geralt has gotten some much chunkier armor for season 2. Ciri, on the other hand, is dressing down. She looks like she’ll be doing a lot of growing up at Kaer Morhen. Jaskier, meanwhile, has a more “rock and roll” look, in actor Joey Batey’s words. (“It’s definitely something,” he joked.)

In December Netflix started revealing some teaser images relating to The Witcher season 2 with polls for fans to pick what should be shown. Somehow, instead of choosing to see a season 2 script page, the Law Of Surprise option won out. How appropriate. It got us a bunch of glamor shots of Jaskier, and yet people are still voting for the Law Of Surprise in the following polls. That’s some Witchmas commitment.

All told, here’s what the week of Witchmas 2020 brought us in teasers for The Witcher season 2:

The Witcher Season 3 isn’t confirmed yet

Showrunner Lauren Hissrich recently revealed that The Witcher season 3 hasn’t officially been confirmed. She told the Television Critics Association Summer Press Tour that her “focus is on Season 2” and that “we need a great Season 2 if we have a hope of having a Season 3.”

Though fan blog Redanian Intelligence previously reported that writing had possibly begun on The Witcher season 3, it looks like we’ll have to wait a little longer to see how well season 2 is received before the possibility of an official renewal confirmation.

Where should I start with The Witcher?

Totally new to The Witcher, or just want a refresher before starting the show? Jody breaks down what you need to know in our beginner’s guide to The Witcher. If the show has gotten you interested in the source material, we also have a guide to The Witcher books to help you sort out what order to read them in.

Semi-related, Jody also wrote a very serious assessment of Netflix’s The Witcher vs the 2002 Polish TV show, which has some positive qualities of its own, honest!

The Witcher’s showrunner already has seven seasons mapped out

The Witcher series showrunner Lauren Hissrich is optimistic for the success of the show and says she already has six more season mapped out if all goes well. Speaking before the second season was confirmed, she said:

“We don’t have a second season yet—God willing we will—but right now it’s just about, ‘How do you set up stories that really capture audiences for years at a time?’ The worst thing we could do is put all of our energies just into season one, and not be thinking about where these characters can grow to.”

There’s a lot of material to pull from: six novels, two short story collections, and three videogames with a wealth of excellent stories. (Although the show just adapts the books.)

Where is The Witcher filmed?

The first season of The Witcher on Netflix was filmed primarily in eastern Europe.

“WE’LL BE SHOOTING IN EASTERN EUROPE. Yes!” tweeted Hissrich. “This show couldn’t exist anyplace else. Period.” Quite a bit of filming was done in Hungary, including Budapest and other locations. The crew also visited the Canary Islands in Spain and, naturally, a castle in Poland as well.

Season 2 was filmed in London and elsewhere within the UK.

The Witcher: Nightmare of the Wolf shows a new kind of Vesemir

The new Netflix anime film, The Witcher: Nightmare of the Wolf recently released, giving us a snapshot of a youthful Vesemir ahead of his live-action appearance in The Witcher season two. But this young version of Vesemir might surprise fans who know him from the games and books—even Vesemir was young once I guess.

Nightmare of the Wolf was created in collaboration between Witcher showrunner Lauren Hissrich and Studio Mir (the studio behind The Legend of Korra), but if you’re still unsure, here’s the official synopsis:

“The world of The Witcher expands in this anime origin story: Before Geralt, there was his mentor Vesemir — a swashbuckling young witcher who escaped a life of poverty to slay monsters for coin. But when a strange new monster begins terrorizing a politically-fraught kingdom, Vesemir finds himself on a frightening adventure that forces him to confront the demons of his past.“

Prequel series The Witcher: Blood Origin is in the works

Yup, it sounds like continuing the Witcher series and working on an animated movie aren’t enough. Netflix has also given the green light to a prequel series exploring the origins of the first Witcher.

“1200 years before Geralt of Rivia, the worlds of monsters, men and elves merged into one, and the first Witcher came to be,” the announcement reads. The Witcher showrunner Lauren Hissrich is co-creating it with Declan de Barra, who also wrote an episode in the first season. It will be a six-part series.

Blood Origin recently cast Jodie Turner-Smith as its lead character Éile who has left her life as an elite warrior to become a traveling musician.

This has been the toughest secret to keep! I’ve always wanted to dive deeper into the myth and lore of the Continent, and now fans will have a chance to explore it with @declandebarra in a prequel series, THE WITCHER: BLOOD ORIGIN. Elves, and enemies, and the end, oh my… https://t.co/SGzrf4WbxZJuly 27, 2020

Yes, there’s a tub, and Geralt is in it

Witchers get dirty, after all.