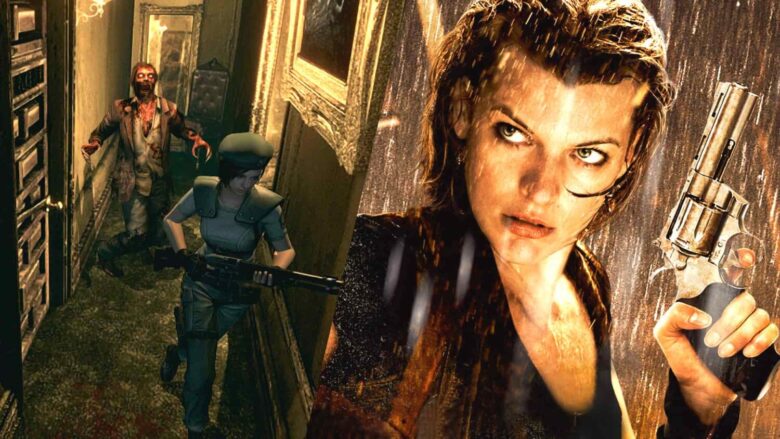 If you’re a fan of gaming, you’re probably irritated when you hear that a movie has been made by following the story of your favorite game. The truth is, most of these movies are a big disappointment for passionate gamers. However, we should not be too strict, because there are also those films that are quite acceptable, and some of them have managed to screen video games very successfully. Some of them are older, some more recent, but if you haven’t looked at them yet, maybe it’s the right time to do it in 2023.

Contents of this Article show
1 Movies That Revived Your Favorite Heroes From Video Games
2 1. Uncharted
3 2. The Division
4 3. Prince Of Persia The Sands Of Time
5 4. Mortal Kombat
6 5. Resident Evil
7 The Bottom Line
7.1 Related Posts:

Movies That Revived Your Favorite Heroes From Video Games

When we hear that some movies or series are made based on a video game – we immediately think they will be lousy or won’t follow the game. That way of thinking is even more pronounced if the movie is based on our favorite video game.  That is especially the case if we are fans of a particular game – so we will carefully try to analyze every detail of the film or series. We will try to consciously or unconsciously notice what exactly matches the game – and what was changed as a consequence of the artistic freedom of the screenwriter and director.

However, not everything is so lousy because we also had some good transitions from the world of gaming to the big movie screen. To be honest, even if they are bad (and they mostly are) – these movies have shaped the lives of many generations. So it is not surprising they usually bring nostalgia because we watched some of them as kids – and some of them are representing the revival of our favorite video games. The truth is, these movies are so tempting – so let’s take a look at some old and new movies you can watch in 2023.

This is a movie of recent production, which was released this year. The movie follows the popular Sony franchise – but many people say that it is not “romanced” at all, but it’s even colder than the game itself. Tom Holland and Mark Wahlberg lead us through the whole adventure. The story is simple at first glance: Nathan Drake, a treasure hunter, is looking for a fortune of $ 5 billion with the help of his mentor. Of course, we don’t even have to mention that they have a handful of enemies who also want to get their hands on the same treasure. However, a bit of dramatization in the film made him quite good – and we mean the director’s desire to investigate the origin of the main character Nathan Drake in the movie.

This is another release of a recent production that attracts a lot of attention from viewers. According to thevore, this is a real treat for all passionate fans of gaming and movies. Not only is this a great adaptation – but it is also relevant because of the situation we are going through in reality with the pandemic. So, the action itself is as follows: Soon, we encounter a powerful virus. OK, it sounds more like the present – but still, this pandemic virus is spreading through paper money killing millions of people. Everything happens from Black Friday to Christmas – and humanity is threatened with extinction due to this virus. Therefore, the specially trained group was given the task of trying to save what else can be saved. Starring Jake Gyllenhaal and Jessica Chastain – while the director is Rawson Marshall Thurber.

3. Prince Of Persia The Sands Of Time

We are all familiar with this famous game – and a movie that is not so bad at all, that is, it won’t completely disappoint you. The main role is played by Jake Gyllenhaal. He is a fantastic actor who tried to convey the main character to us. However, the film is generally just … Well, OK. The point is that the movie misses “THAT SOMETHING” that makes people love this Ubisoft franchise so much. $ 200 million was invested in the film, produced by Jerry Bruckheimer. The film was quite acceptable, but it’s worth watching if you haven’t done so yet.

If you could have missed watching this movie at all – you have to make up for it now! Although the film is a complete failure, the audience loved it very much – and therefore, it is also a real gem in this category. Mortal Kombat is one of many people’s favorite movies from childhood. It was also famous for its extremely popular music track. The film managed to earn 122 million dollars with a budget of 18 million. The dialogues in this movie are an absolute guide on how NOT to write a screenplay and the interaction between the characters. Still, costume design and visual effects have a nostalgic flair – so we love this movie anyway.

We must not forget another “classic” of this category of films. Namely, Resident Evil is a game that has a perfect background for a movie or serial adaptation. A plot that is always current, the game has a beautiful design, and very interesting characters are already there – and just a small twist would be enough to make a quality film franchise. Six movies were made from this franchise. In addition to a strong cast and commercial success, the Resident Evil movie (or movies if you want) – did a good job of joining the original. So you have to watch them if you haven’t so far.

Films based on video games have always captured the attention of the audience. Yet that same audience often had harsh words of criticism for them. Maybe the gaming audience is a bit difficult because they will compare every detail with the game. It is sometimes impossible for filmmakers to follow everything. However, these are films worth mentioning. Some of them are completely new, and some belong to the domain of classics of this category. However, watch them, compare them, and try to see whether things have moved a little for the better. In any case, if you spend one weekend watching these movies – you will surely have at least a good time.