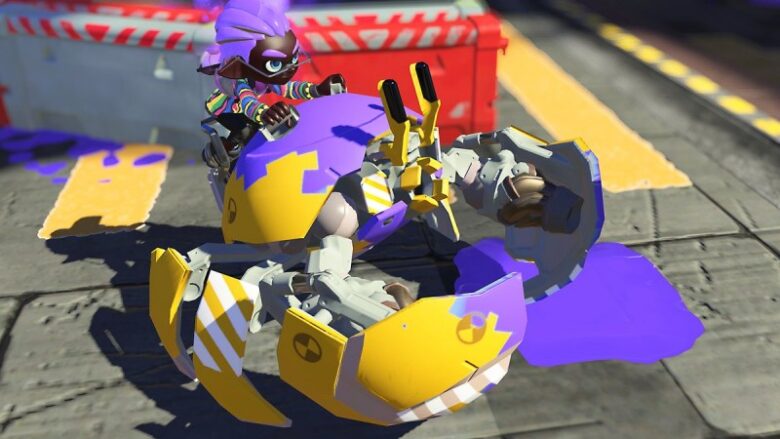 Splatoon 3 manufactured a splat for the duration of final week’s Nintendo Direct, reaffirming its release subsequent year whilst offering a peek at the campaign with the return of mammals to the globe. Nintendo is holding the information and facts momentum flowing on Twitter with some new screenshots and details about two new exclusive weapons to use in battle.

To start with is the Crab Tank, an armored walking tank that allows for additional mobility and defense while doling out ink sprays in opposition to the opposing staff. Here’s Nintendo’s description of the new weapon:

This is the Crab Tank! When piloting this multi-legged automobile, you can assault with a effective fast-fireplace gun and a cannon with a extensive blast spot. You can also convert into a ball to transfer all-around a lot quicker than crab walking.

This special weapon turns an Inkling into a shadowy warrior known as a Zipcaster. With tentacles that extend way out and stick to partitions, you can zoom all over and bring about mad chaos! To conceal your id, when the ink runs out, you’ll be returned to the place you initial reworked. pic.twitter.com/Q68IQ00PpD

Likely from imposing weaponry to a stealth option, check out the Zipcaster. It’s a unique weapon that offers your inkling a ninja-like physical appearance and skills. Here’s the description from Nintendo’s tweet saying the merchandise:

This specific weapon turns an Inkling into a shadowy warrior called a Zipcaster. With tentacles that extend way out and stick to partitions, you can zoom all-around and lead to mad chaos! To conceal your id, when the ink operates out, you’ll be returned to where by you first transformed.

Both of those unique weapons are incredibly different from the arsenal inklings had in earlier Splatoon entries and are sure to shake-up whichever turf wars you provide them into. Hopefully, this is just the suggestion of the inkberg for new items and weapons coming to Splatoon 3 when it releases on Switch future year.

Do you have any inventive ink delivery devices? Are there any weapons from prior Splatoons you’d like to see a return or remaining powering? Splat your suggestions in the feedback!