A cheap gaming PC deal is the easiest and fastest way to get into PC gaming for the first time, or to make a clean break with an outdated, dusty gaming rig. Our first recommendation for PC gamers is always to build your own PC, because it’s a fun process that will almost always save you some money in the long run. We have plenty of advice on building your own with our gaming PC build guides.

But that process does that does take time and patience. And with the right cheap gaming PC deal, you can avoid that barrier, and maybe even end up saving a bit of money over building your own. At the very least, it’s a whole lot more convenient. And if you’d rather stay portable we’ve got the best cheap gaming laptop deals to keep you covered too.

In this frequently updated hub we look out for the best gaming PC deals online and separate them out into price categories. Budget gaming PCs between $500 and $1000 should be able to play most modern games at 1080p and good graphical settings. The higher-end systems above $1000 come with more powerful CPUs and graphics cards.

We also don’t judge purely on price: the components in these PCs matter, and we consider how the parts compare to what you’d buy in a DIY rig. In most cases, these machines won’t be the ones from our best gaming PCs list, but whatever you’re getting should be worth the price.

If you decide you’d rather build your own gaming PC to save more money or get the exact right components, check out our budget gaming PC build guide for a parts list to get started.

Skytech Archangel | Ryzen 5 3600 | GTX 1650 | $950 (save $200)
Look, we’re not gonna sugar-coat it, paying almost $1,000 for a PC with a GTX 1050 (one of Nvidia’s lowest-end GPUs) is not a good deal. However, given the current GPU and silicon shortages, this is one of the best options we’ve found for less than a thousand dollars. This still has a capable processor and a 500W PSU, so you’ll be able to swap in a different GPU after the shortage is over without encountering bottlenecks. (Posted: 8/19)View Deal

Runs very cool out of the box

If you want a fantastic value for a prebuilt gaming PC look no further than Cyberpower’s Gamer Xtreme. Featuring an Intel Core i5-8400, Nvidia GTX 1060 3GB and 8GB of DDR4 ram, you might actually pay more than $700 when building the system yourself part for part. It’s already great out of the box, but the Gamer Xtreme can also be easily upgraded. The 120GB SSD won’t do much if you’re looking to install multiple games, so we’d recommend upgrading that first. Especially since high capacity fast SSDs are so cheap nowadays.

Whether you’re looking to play Battlefield V or some rounds of Fortnite Battle Royale, the Gamer Xtreme has you covered with great performance at 1080p with high to ultra graphic settings. It doesn’t have any fancy RGB lighting, but this prebuilt still looks fantastic with its built in red LED fans and tempered glass panels.

An AMD powerhouse that keeps up with the best

Great performance out of the box

HP may not be the first PC company you think of when it comes to gaming, but the Pavilion Gaming Desktop is a fantastic choice for gamers on a budget, with models in the $700 range that offer better gaming performance than several systems we’ve seen well over $800.

AMD’s Ryzen 5 series offers incredible performance on a budget. Combine it with the RX 580 and you have yourself a winning combination that can handle just about any modern game you throw at it. The only downside to the system is its lack of an SSD, but the modern I/O with USB 3.1 Type-C and plentiful USB ports makes it a versatile system that is great for work and play.

The best bang for your buck

The design isn’t for everyone

SkyTech PC isn’t the most recognizable name in the game, but this company has some of the best deals we’ve seen on prebuilt gaming PCs. The Ryzen edition of the SkyTech Archangel desktop is the perfect place to start for new PC gamers. The Archangel is already capable of running most games in 1080p on high settings, but it’s also easily upgraded.

Since the PC doesn’t include an SSD, that would be an obvious choice for an upgrade. The Ryzen 3 1200 that’s included is a budget AMD CPU that offers great performance but could easily be upgraded to a 5 or 7 series further down the line. Unlike some of the bigger name brands, SkyTech’s PCs don’t have any built-in bloatware to worry about. If you don’t mind the aesthetic and have a budget in the $600 range, the Archangel is one of the few choices that rival building it yourself.

Great for newcomers to PC gaming

Great performance for the price

If you’re on an even tighter budget or just looking to get your foot in the door for PC gaming, Acer’s Aspire Gaming Desktop TC-780 is a solid place to start. The desktop features Intel’s Core i5-7400 for a CPU and AMD’s older R9 360 for a graphics card. These are older generation components, but the combination is still capable enough for 1080p gaming on medium settings. It won’t get you much further than that but it’s a great place to start and can be easily upgraded down the line.

The system already comes with a 256GB SSD installed, which is great at this price point. A new graphics card further down the line will make this PC even more viable for modern gaming. Acer also offers great support which can be handy for users that are new to PC gaming.

One of the cheapest entryways to PC gaming

GPU could definitely use an upgrade

If you’re reading this, chances are you’ve probably heard of a site called Newegg before. What you may not have known is that Newegg actually came from a PC company called ABS Computer Technologies. The company is much busier now being one of the top PC retailers, but it hasn’t forgotten its roots and is still making and selling ABS computers today.

One of those prebuilt systems is the ABS Simpli. As the same suggest, the Simpli is a simple prebuilt PC that doesn’t offer a whole lot out of the box. The graphics card will only allow you to comfortably play games on lower settings, but the system can easily be upgraded over time without costing a whole lot. A simple upgrade to an SSD and a better graphics card will go a very long way towards making this a viable PC for high end gaming.

One of the biggest advantages to putting together your own budget gaming PC build is the ability to essentially choose every single component in the system. This allows you to take your time shopping around for deals and finding the perfect combination of parts to fit your budget and performance needs. The downside for most inexperienced builders is that this whole process can take some time and has the potential to cause quite a headache if something goes wrong. This is where prebuilt gaming PCs really shine.

When you pay the premium to configure or purchase a prebuilt PC you are paying for more than just the parts. You are paying for warranty service, support and the peace of mind that your system was put together by professionals. These are some of the things we value highly when considering the best budget gaming PCs. We also look at other unique selling points like design, upgradability and anything you wouldn’t be able to do when building it yourself.

For most users that don’t have the luxury to spend over $1000 on a prebuilt gaming PC, upgradability and performance per dollar are paramount. When we set out to choose our top choices for budget prebuilt gaming PCs, we took a look at almost every major manufacturer and system integrator to find the best combination of value, reliability, customer feedback, design and performance under $500 and under $1,000.

We still highly recommend the experience of building it yourself, but if you can’t do that then one of the systems above will have you gaming in short order. 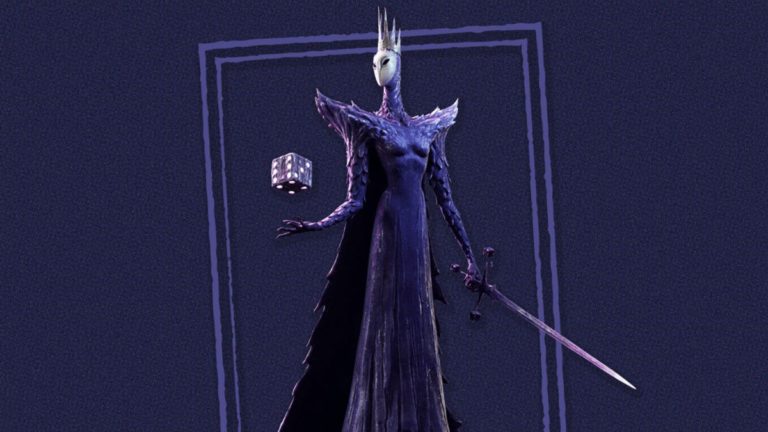 Image: Zoink / EA / Kotaku Woman Dimitrescu aka the tall vampire woman from Resident Evil Village is wonderful. She swiftly turned tremendous preferred on the net and close to these elements, many Kotaku staffers adored her way too. But when the game arrived out she fizzled out and was scarcely included in the total… 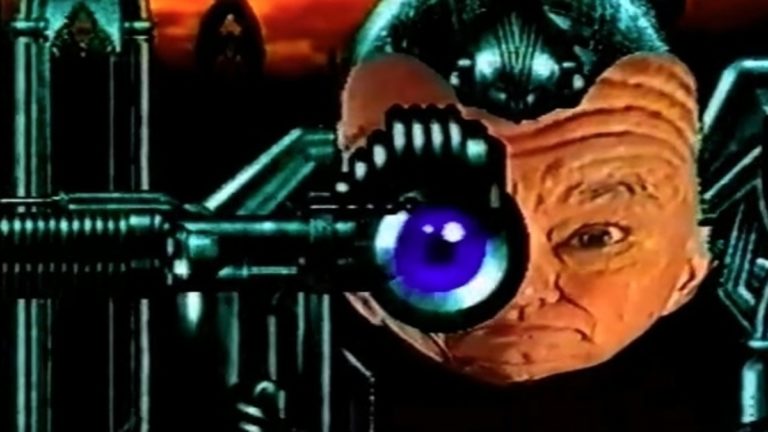 Three episodes to stream later this year. The revived GamesMaster will be hosted by videoGaiden veteran Robert “Rab” Florence, aided by esports presenter Frankie Ward and comedian Ty Logan. All three will, of system, also be joined by the floating head of a GamesMaster – while their identification stays less than wraps. A few 60-moment episodes… 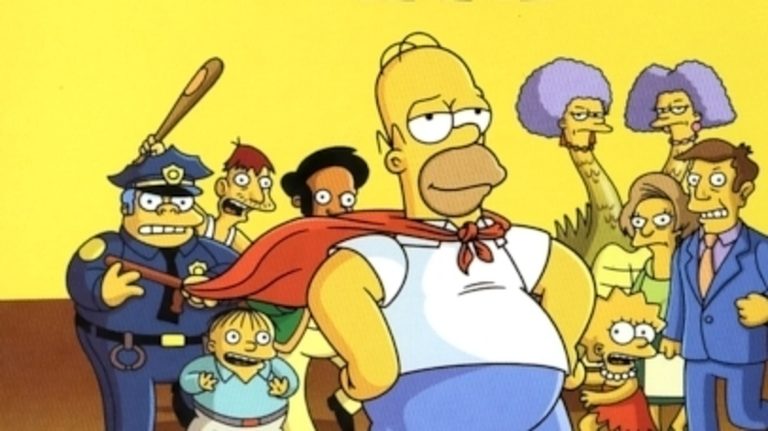 It was the summer time of 2008, soon after a great deal pestering our mum eventually caved and purchased us the new Simpsons sport on PS2. The Simpsons Video game first arrived out in autumn of the previous calendar year. Just after a lot hype and chat from our good friends and cousins, my brother… 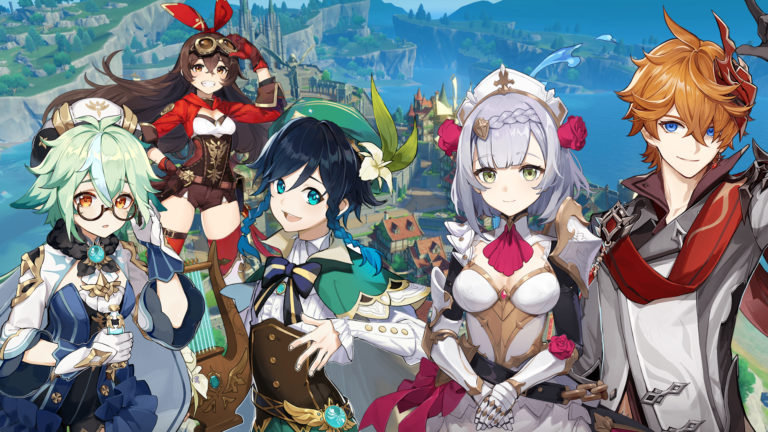 There are currently 42 Genshin Impact characters available, so there’s no shortage of candidates for your dream team. But with so many different weapon, elementals, talents, ascension bonuses, and constellations upgrades, finding your favourites can be challenging. In truth, it is difficult to find a truly bad Genshin Impact character. While base stats and elemental abilities… 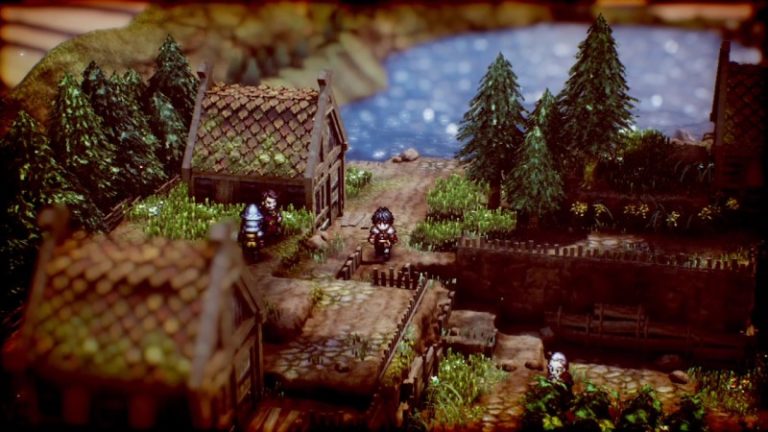 When Job Triangle Strategy was announced previously this calendar year, it shot to the top of many highly expected lists thanks to its tactical RPG gameplay and gorgeous High definition 2D visuals reminiscent of Octopath Traveler. During today’s Nintendo Immediate presentation, we not only uncovered additional about the sport, but also the release day and last…

A lot less than a thirty day period from Intel Innovation, the rumoured formal expose party for Intel’s Alder Lake processors, black market sellers in China are reportedly promoting several Intel Core i9-12900K engineering samples. As revealed by Yuuki_ans in a number of tweets, The CPUs are offering for an ordinary of ¥4500 CNY (approx….